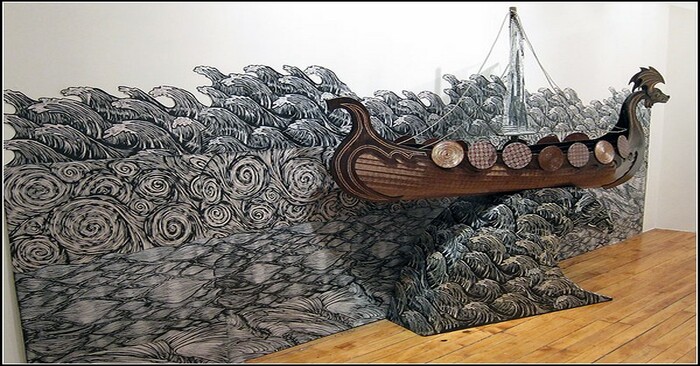 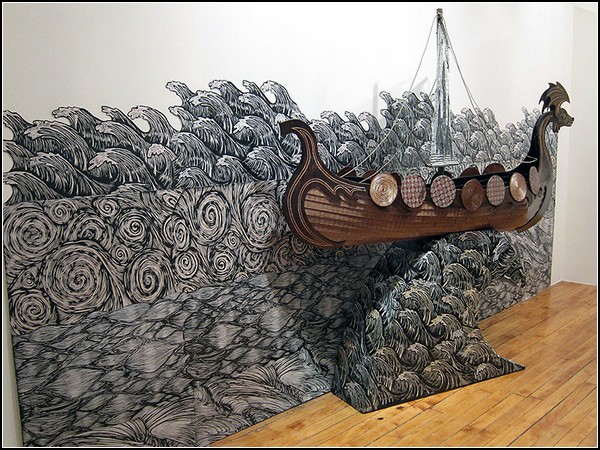 Dennis McNett, a Virginia native, has been painting for as far as he can remember. But, if his blind grandpa, who never bored of telling his grandchild that he was a wonderful artist when he was a boy, nowadays, when Dennis has grown up and has become a master of his trade, everybody who sees at least one show of his work.

Dennis McNett was initially drawn to punk music and skating in the 1980s, but his enthusiasm soon shifted to the periods of the Vikings and historical heroes, which was represented in his work. A Viking warship over 7 meters in length, as well as banners, wood weaponry, and masks, has a distinctive position among the author’s wood works, which he cuts and paints by himself… 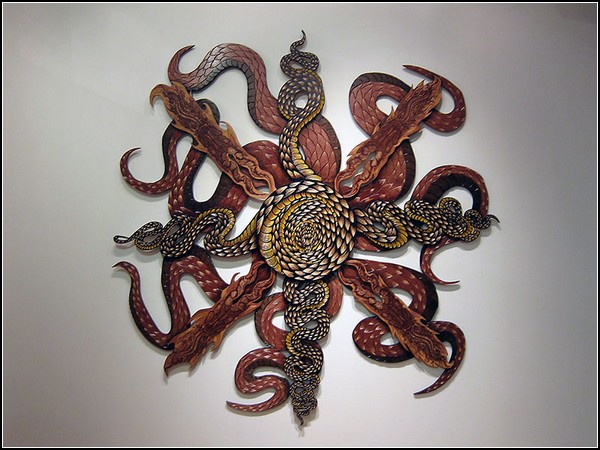 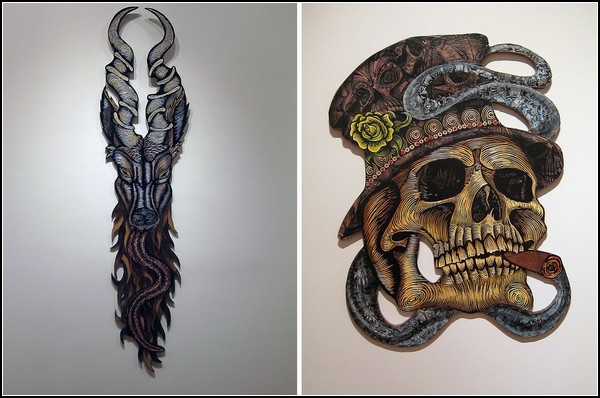 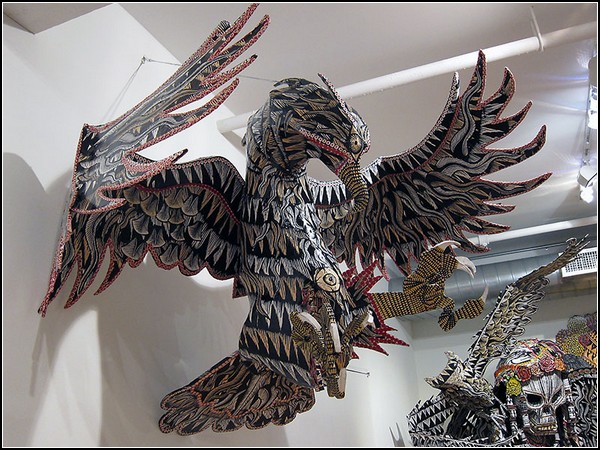 Outside of the Middle Ages, Dennis is intrigued by Greek and Norse mythology and history. Molded and drawn depictions of fantastical beings, as well as various creatures, reptiles, birds, and so on, can be found here. 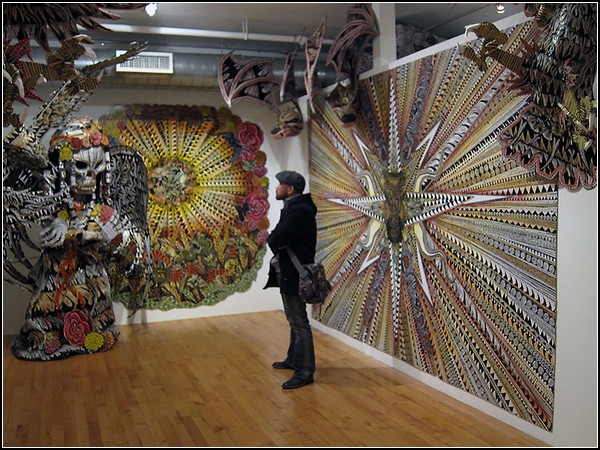 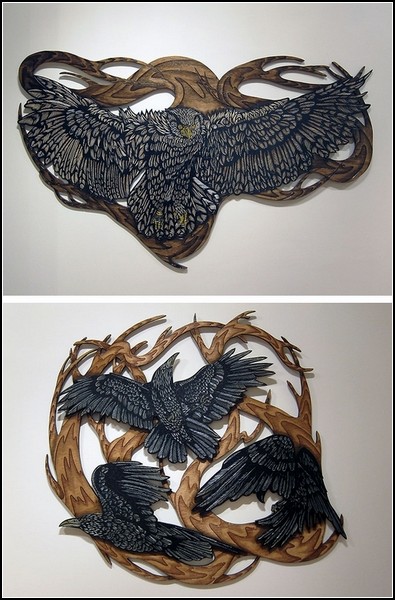 The artist’s work, though, isn’t restricted to wooden structures. The master also contributes to the creation of Vans footwear and Anti-Hero skates, as well as participating as a visual artist at numerous events, vacations, and street exhibitions.