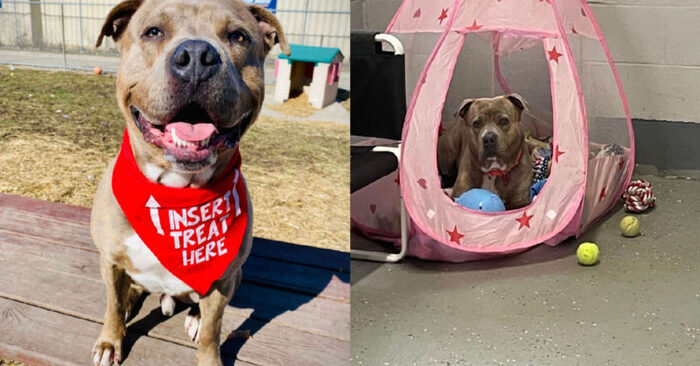 Since the dog was feeling tense, the volunteer knew how to calm him down.

Starsky and Hutch led a roving lifestyle before being picked up by an association based in Warren, Michigan, in November 2020.

Since Starsky was feeling very tense, the volunteer thought about the best way to calm him down.

At the end of 2020, Starsky and Hutch said goodbye to the streets. Two dogs were rescued by I Heart Dogs Rescue and Animal Haven.

A few months after their arrival, a new chapter began in Hutch’s life: he was adopted. Alas, his friend was not so lucky. 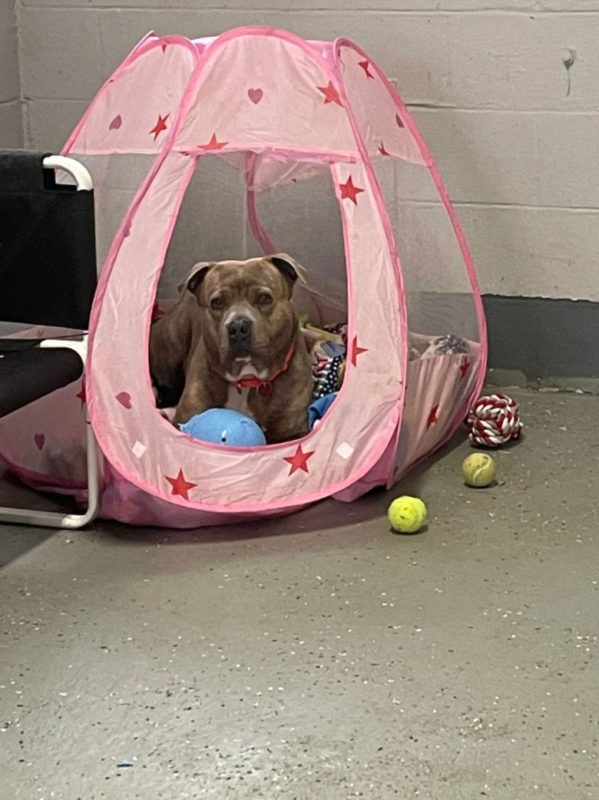 The long days at the shelter made the dog miserable. The pit bull developed unwanted behavior due to the stress caused by the presence of other residents. In particular, he lashed out at potential adoptive parents who passed by.

For his own good, the animal was transferred to a kennel located next to the yard. Indeed, Starsky is more relaxed when he plays outside.

Unfortunately, the pit bull was still suffering from nervousness due to the barking of other dogs and…birds. 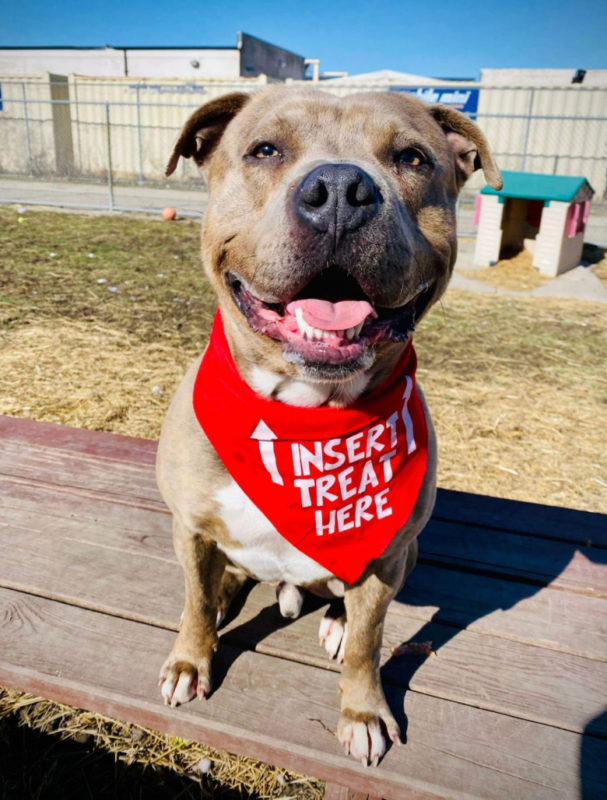 According to the Today website, the birds were breaking into his kennel, which bothered him.

Sensitive to his plight, Megan Sink decided to help him. The latter had the idea to offer him a bright tent, on which a pretty unicorn was painted. 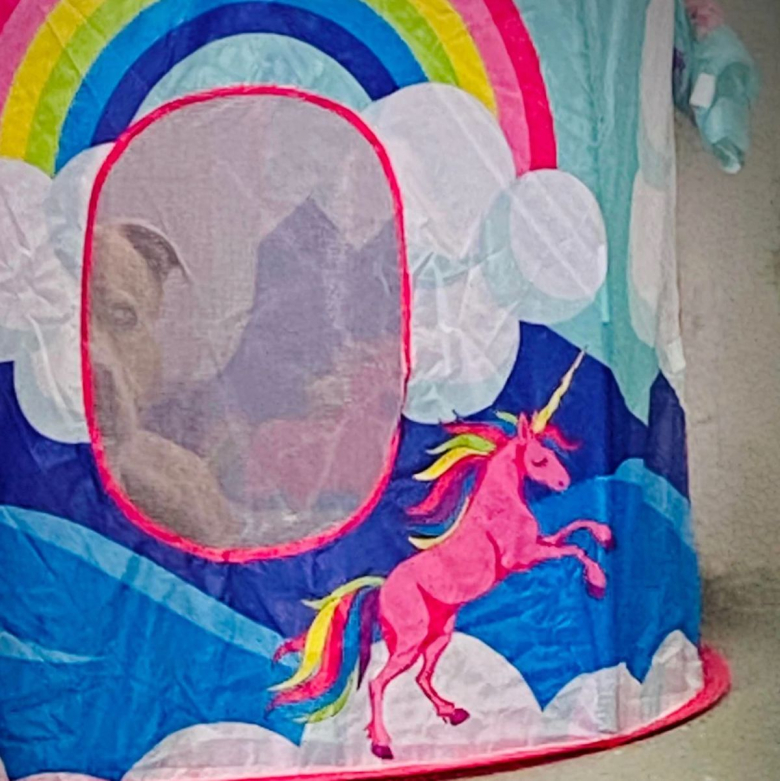 “I installed it and put a new toy in it along with a bunch of treats,” the volunteer said, “I saw him come in, lay down and chew on the toy. Being able to hide from the world was really good”.

For a week, Starsky took full advantage of his cozy nest…until he found the stakes.

Considering them excellent chew toys, he literally destroyed them. But Megan was not taken aback.