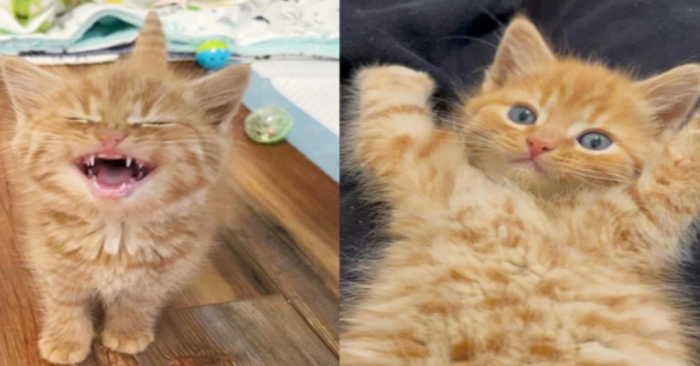 In search of a better life, a tiny yellow kitten was sent to Indianapolis, Indiana. He tried to hide behind whatever covering he could find because he was bashful and scared ever since he first came. 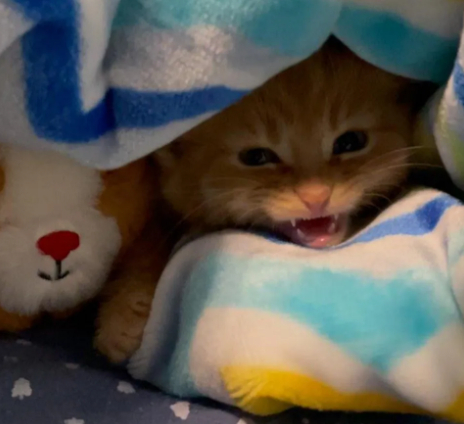 He was welcomed with loving arms by Jennifer (New Kittens on the Street), a member of the rescue fostering team.

She gave him the name Butterball and built up a nice cat cage for him to settle into. It was furnished with plush items, cozy beds, and a variety of toys.

After a few head scratches and some delectable meals, Butterball warmed up to his foster parent. 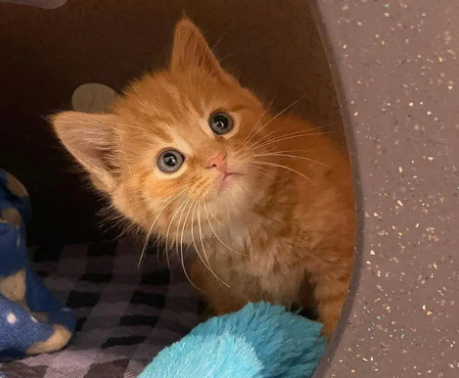 The tabby tunneled beneath a blanket cave with his cuddle buddy. After receiving a lot of encouragement from his foster mother, he started to develop trust.

He did finally break out of his shell, play on his blanket and around him, and shake his tiny paws in the air loudly and angrily.

He has adjusted quickly, but when he first arrived, he didn’t even seem accustomed to people. I assume this means his mother was a wild cat. 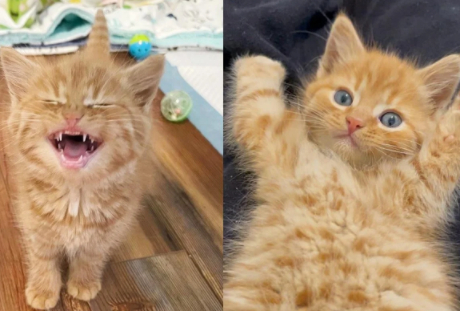 When he finally mustered the bravery to emerge from his cover cave, he ran straight up to his foster parent for hugs and kisses.