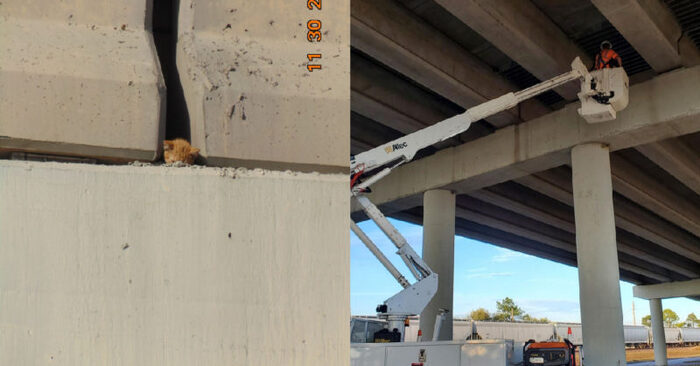 The rescuers tried to help a kitten that had become trapped at the edge of a bridge.

Members of the Association for the Protection of Animals and law enforcement officers were mobilized to save the kitten, which was on the edge of the bridge a few meters above the ground.

The animal was then taken to a shelter, waiting for potential owners to show up. 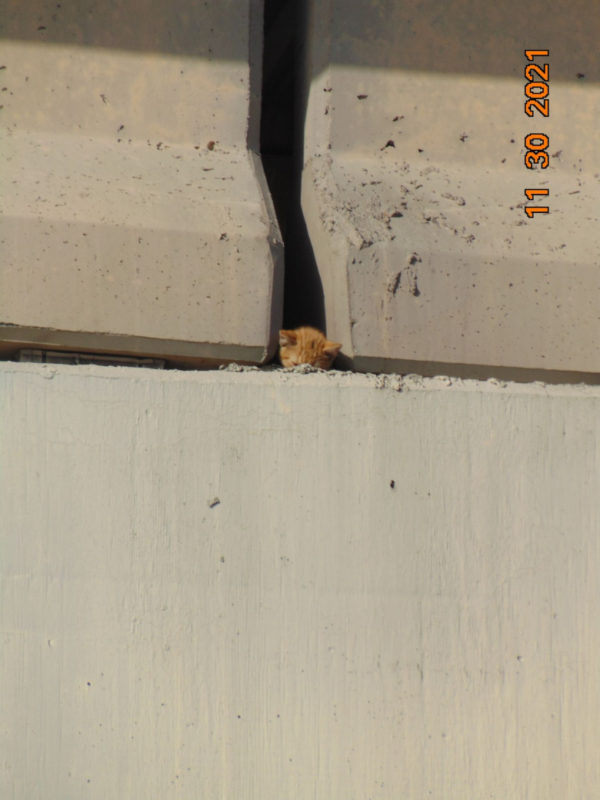 Upon learning that the ginger kitten was in serious danger, the Houston Humane Society attempted to intervene to get her to safety.

A telescopic boom was deployed to rescue him and a trap cage was set up. 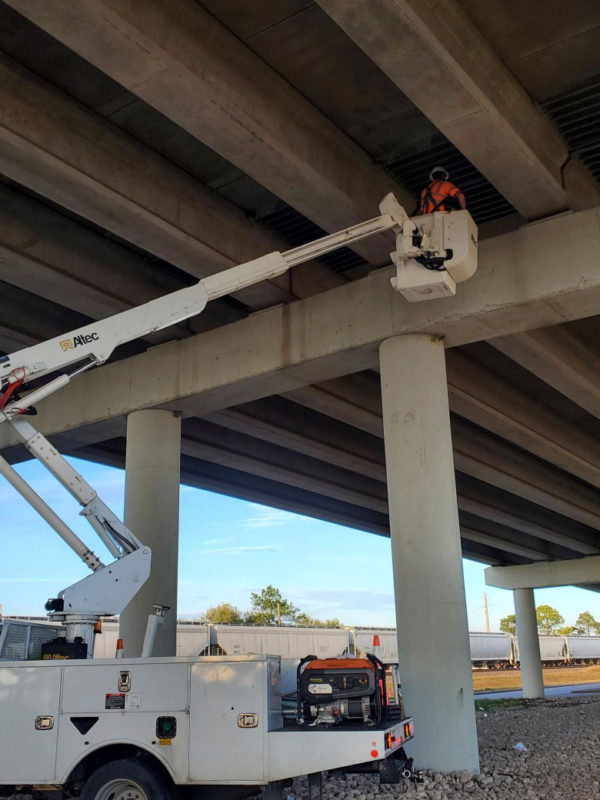 The latter left his telescopic truck at the disposal of the police, who managed to place a trap cage near the location of the cat.

He got stuck on the bridge at a height of 9 meters above the ground. Trying to catch him directly would be too risky; in a panic, he may try to run away and thus fall. 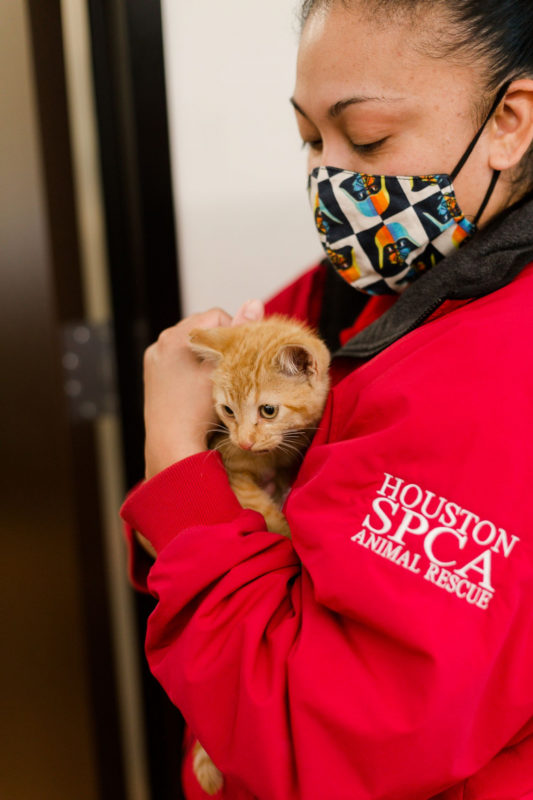 The cat eventually entered the trap cage, allowing rescuers to lower him safely. Then the young cat was transferred to the care of the Houston Society for the Protection of Animals, who examined him and placed him in their shelter.

The animal received only minor injuries.