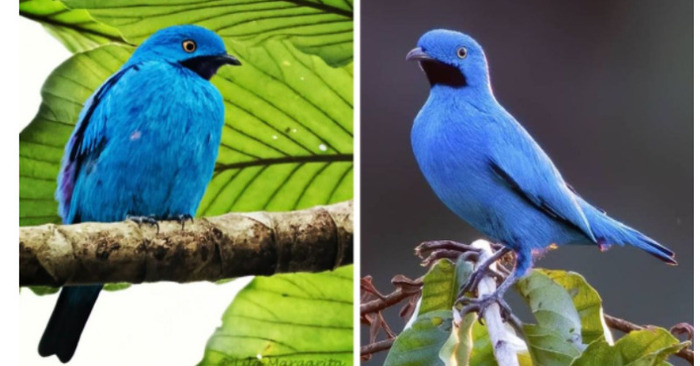 The plum-throated cotinga (Cotinga maynana), which is about the size of a starling, with sparkling eyes and a neck that is primarily blue in colour.

The outer primaries are attenuated and dark. These birds are 2.5 ounces each (70 g).

Their perivisceral and subcutaneous fat frequently resembles the hue of the fruit they like.

The eyes are typically bright, and the female is brown with light spotting below and mild buff scaling on the upperparts.

The plum-throated cotinga can be found in Bolivia, Brazil, Colombia, Ecuador, and Peru.

The canopies of lowland tropical evergreen forests are where this species, like others in the genus, can be found. 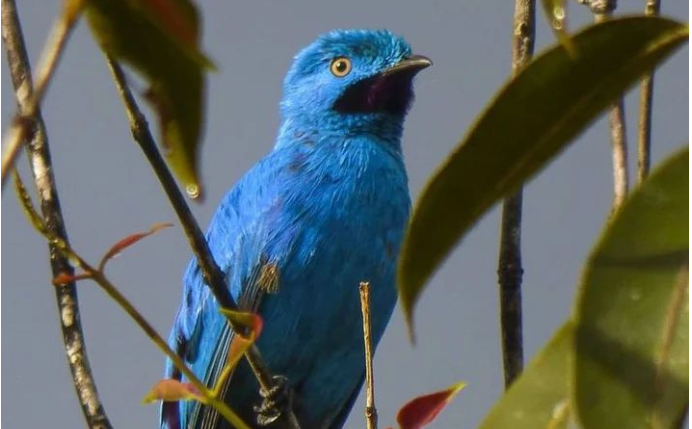 The plum-throated cotinga favours more watery habitats such flooded forests, blackwater swamps, and river margins in contrast to most other members of its genus.

It can also be discovered in secondary forests.

Daily consumption of fruit and berries occurs, usually when “gorging” on a masting tree or shrub like mistletoe.

Often, the fruits are harvested while flying. 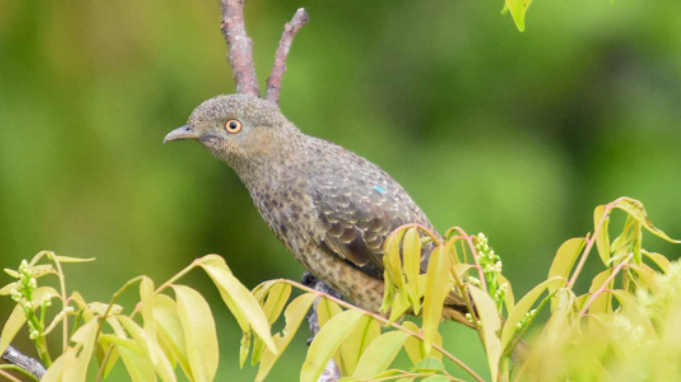 The plum-throated cotinga’s mating season is unknown, but it is known that males are typically alone at this time.

The nest is a platform type and is typically located high on a tree fork or next to an epiphyte.

The only one who carries the egg and rears the young is the female.