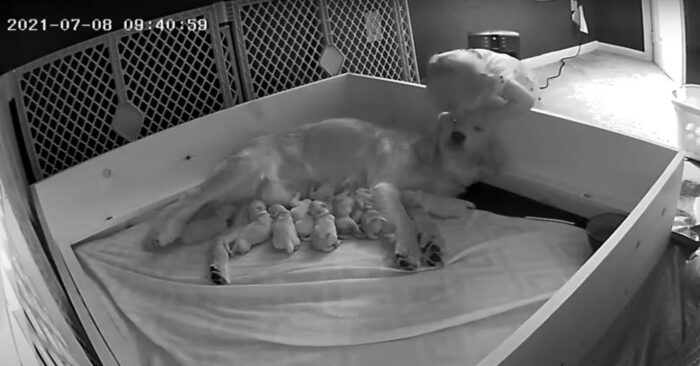 This sweet little girl decided to check on her furry sister before sleep.

Babies and dogs always make for priceless moments, but this scene where a toddler lovingly touches the family’s nursing dog might just be the cutest you’ve ever seen.

This sweet little girl, despite being unable to walk, decides to check on her furry sister before bed, believing no one is watching. However, the home surveillance camera is turned on and captures the exciting moment. 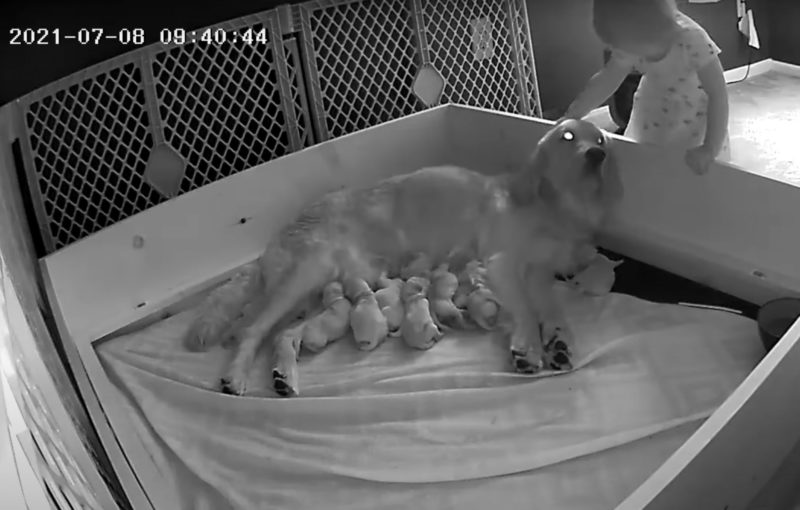 The video begins with a mother dog feeding her puppies while lying in a beautifully crafted cage.

A little girl hugs one of the babies before expressing her admiration for her mother.

She carefully placed her small hand on the dog’s head, as if she wanted to tell her something before she left.

But then she realizes that she forgot the most important thing, a kiss goodnight. So she comes back for another short caress and then gently kisses the top of her dear friend’s head. 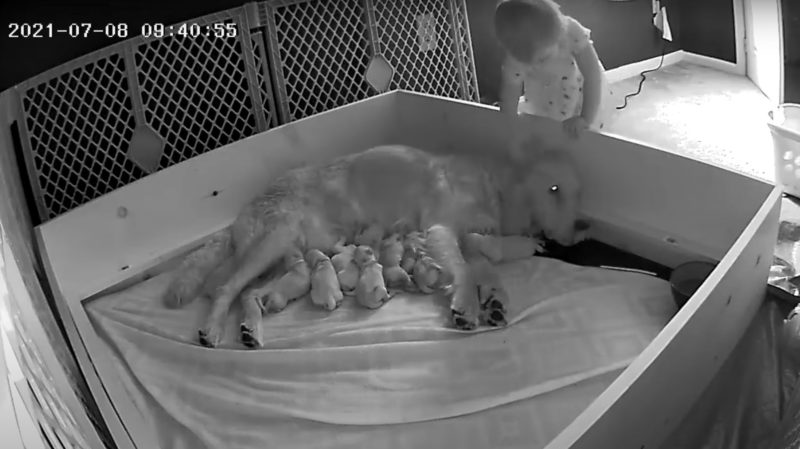 Meanwhile, the puppies, of which there are at least eight, enjoy the warmth and comfort of their mother.

The family decided to share the cute video with the world and it became a huge hit. Many express their belief in the importance of children and dogs bonding from an early age. 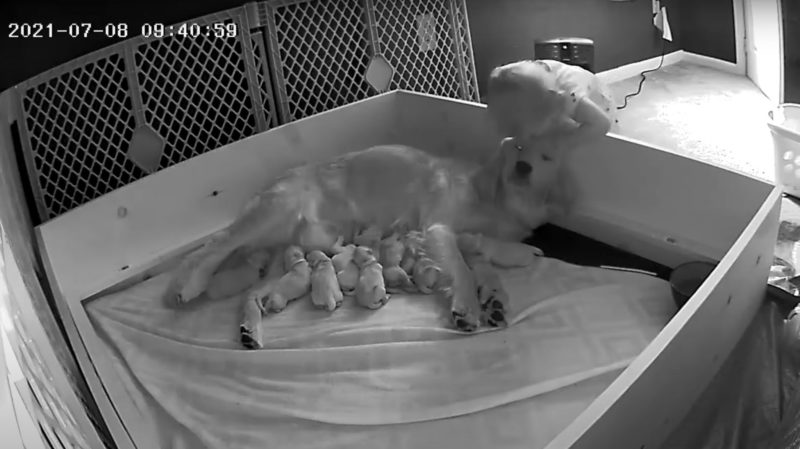 See how much time and effort went into preparing a place for a dog to have puppies and feel safe in his home.