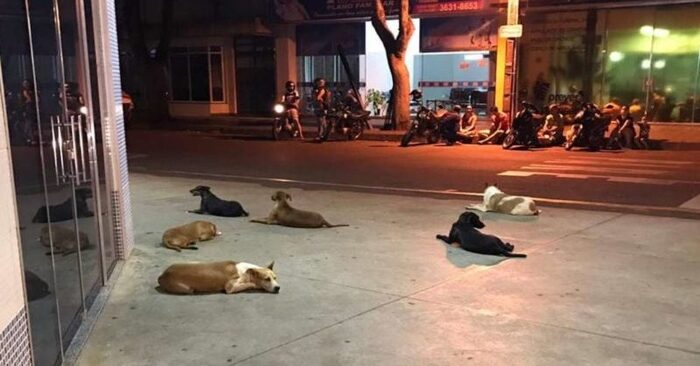 Outside the hospital, some of his best and caring friends were waiting for him.

There are many stories of dog loyalty and great photos like these show just how affectionate they can be. When a homeless guy was brought to a hospital in Brazil, doctors assumed he was alone in the world. But, as everyone knew, outside the hospital, some of his best, most caring, and most devoted friends were waiting for him.

Luis lived on the streets of Cianorte in Parana, Brazil for about 20 years. Even though he didn’t have a family, he was never alone because his furry companions were always there for him, even in the darkest moments of his life. 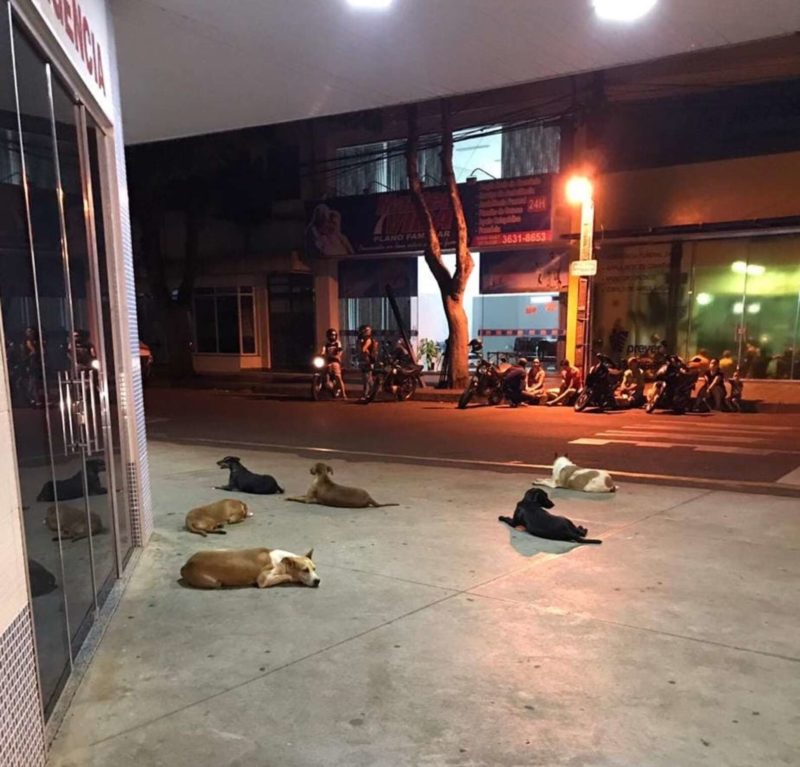 Late at night, the man had a stroke. Fortunately, several bystanders realized that he was in serious trouble and called an ambulance. A few minutes later, Louis was taken to the hospital, but the frightened comrades did not leave him alone.

The six dogs Luis took care of chased the ambulance all the way to the hospital, where they simply lay on the ground in front of the entrance and quietly waited for their man to recover. The meeting was caught on camera and has since gone viral.

When the hospital staff saw that the dogs were not leaving, they contacted Amigos de Patas Cianorte, a non-profit animal care organization, who agreed to take care of them. 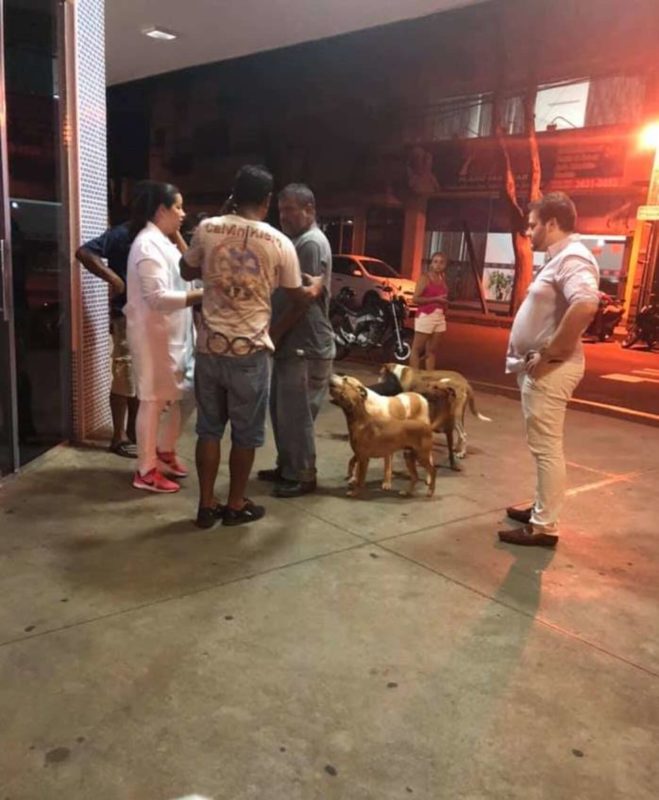 The dogs, however, refused to leave the place and waited for Luis.

Louise was released from the hospital the next morning, but he left through a separate entrance, unaware that his faithful companions were waiting for him.

“The dogs were desperate”, Amigos de Patas Cianorte worker Simone Ziliane told Brazil’s G1. “The dogs were left at the entrance to the hospital on Thursday morning when Luis was released and he left with his brother through another door. 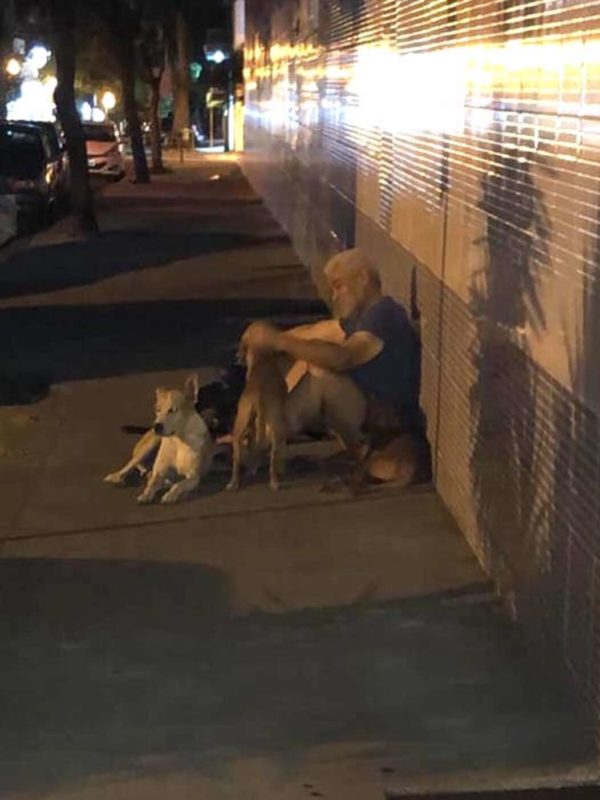 One of the NGO volunteers had to pick up Luis from his brother’s house and take him to the place where the dogs were, so that they could leave the front”.

Luis and his caring friends are finally reunited!