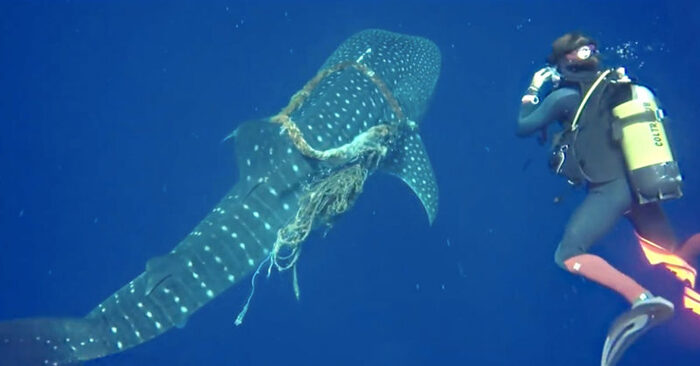 Divers had no idea that after a spectacular rescue, they would be hailed as heroes.

Scuba divers Simone Musumeci and Antonio Di Franca planned to enjoy amazing underwater scenery when they dived off Fuvahmulah Island in the Maldives.

Little did they know that at the end of the day, after a spectacular rescue, they would be hailed as heroes.

They have a scuba diving company, and while traveling in the waters of the Arabian Sea in late December last year, they came across a giant whale shark that was in serious need of help.

When one of the group members noticed the giant water creature, they decided to return to the boat.

The fishing line was securely wrapped around the creature’s body, and they quickly realized that the species needed help.

“Our guide Gianluca, who was on board, called out ‘whale shark,’” Musumechi told Cater News, “as the divers slowly returned on the boat”.

“I put my breathing mask back on and immediately looked under the water.” Then I noticed a magnificent creature swimming towards us, with a large rope around its neck.

Simone and Antonio returned to the ocean in a valiant attempt to save the unfortunate creature while the rest of the gang boarded the boat. 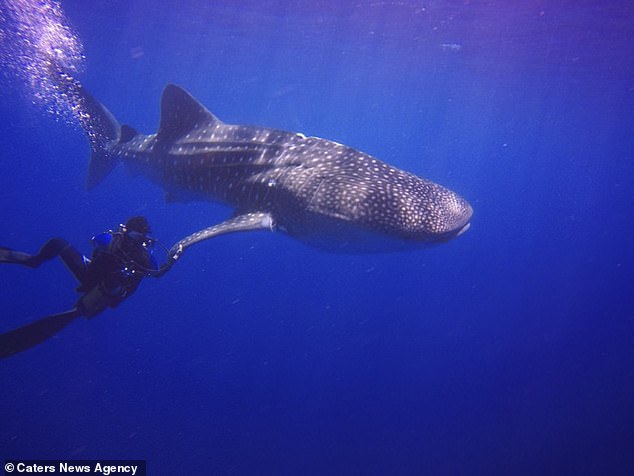 The divers’ efforts eventually paid off in more than ten minutes, as they were able to cut the rope and free the sad whale.

“It took us about ten minutes to free the shark, during which time she was dragging us while we held the rope,” says the narrator.