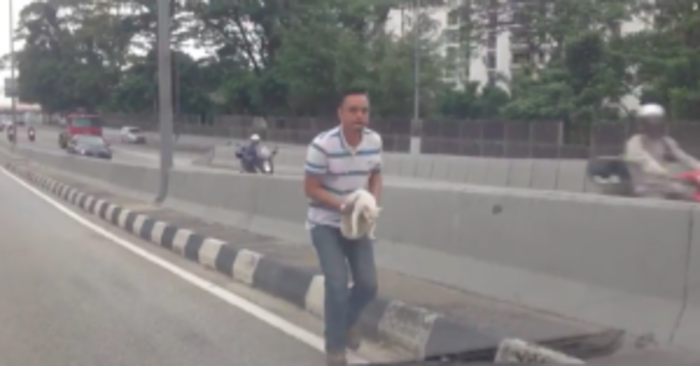 On the street, coming closer, he noticed the ears and realized that it was a cat.

Masz Masuri and his son were driving down a Malaysian highway when they noticed something white on the road. At first he mistook it for a piece of plastic. Coming closer, he noticed pointed ears and realized that it was a cat. Masuri, co-founder of the Kitty Konnexion Community, which helps stray cats in Singapore and Malaysia, described the Dodo as “traumatized and covered in mud”. Masuri picked up the cat and put him in the back seat of the car. Danga Boy is the name given to the animal. Danga Boy hid under a bench and meowed loudly, but seemed relieved. Masuri braked sharply. Masuri jumped out of the car and approached the terrified cat, which was pressed against the concrete barrier and trembled in horror despite the roar of cars and the horns of drivers. Danga Boy has been under the care of a veterinarian since Masuri moved the cat there. That same night, Masuri posted pictures of the boy Dang on social media, which helped him find a new family. The kind stranger offered to take over his case and asked not to be named… “We respect their right to privacy,” Masuri said. Danga Boy will head to his new home with a few other cats as soon as he is released from the vet clinic on Sunday. “He will be a very happy kitten and will have many siblings waiting for him at home,” Masuri said.