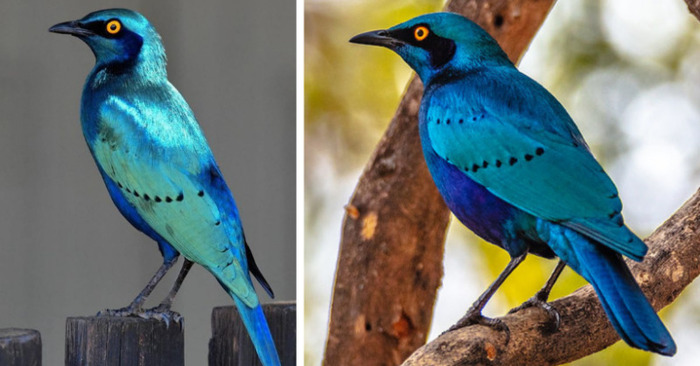 A medium-sized glossy bird with gorgeous royal blue to violet flanks that is iridescent in colors of blue to green! 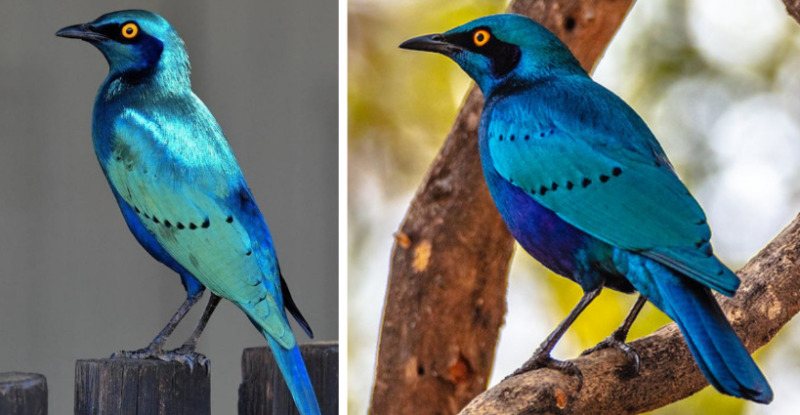 Additionally, with a royal blue to violet belly, a blue ear patch, and a purple-blue belly.

The eyes have vivid yellow-orange hues.

Males and females are essentially identical, while young birds have duller colors and bellies that range from black to brown.

Being an omnivorous bird, this species favors open woods and consumes a variety of insects, seeds, berries, and figs. 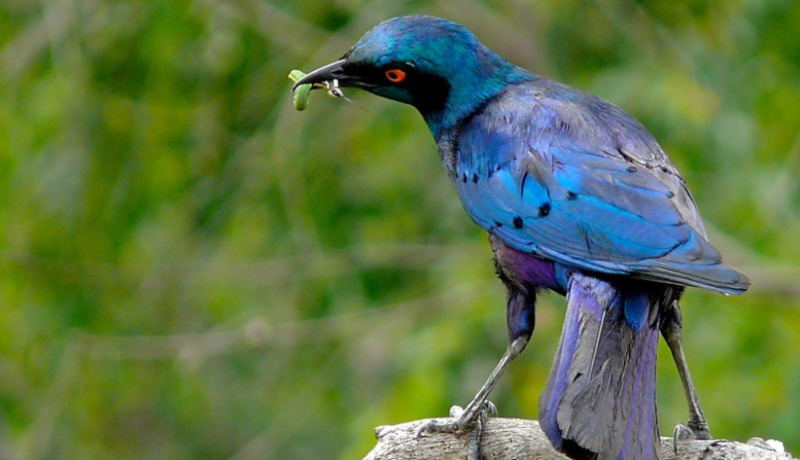 Despite the fact that its main food source is insects.

The Greater Blue-eared starling builds its nest in rotting woodpecker and barbet nests or tree cavities.

The female produces a clutch of up to 3-5 green-blue eggs with purple spots.

The eggs are incubated for 13–14 days before hatching. The young leave the nest after around 13–14 days.

It’s common to see these birds perched atop cattle.

Eating insects that these animals disturb and occasionally getting rid of ectoparasites. 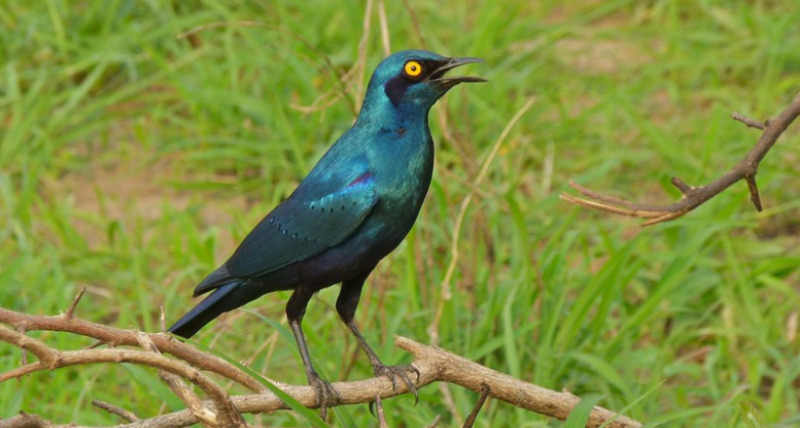 Due to its wide distribution, this bird is ranked as least endangered on the IUCN Red List of Threatened Species.