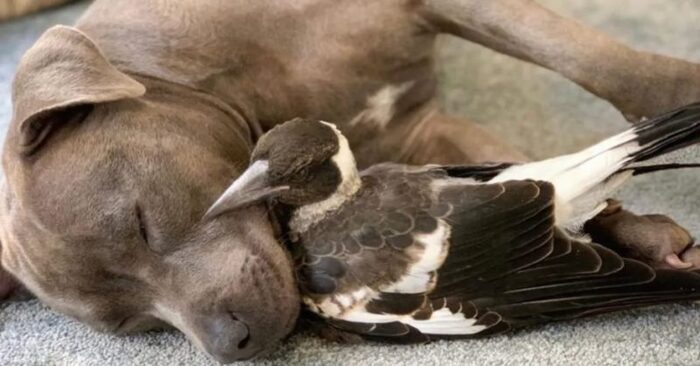 The touching story of a dog and a magpie, is a fantastic example of friendship.

If there is anything to learn from animals, it is that love and friendship knows no bounds. The animal kingdom has proven time and time again that animals can make incredible friendships.

The touching story of the Staffordshire Bull Terrier and his best friend, the rescue magpie, is another fantastic example. The bond, which grew stronger over time, turned them into social media celebrities. Peggy and Molly have arrived. 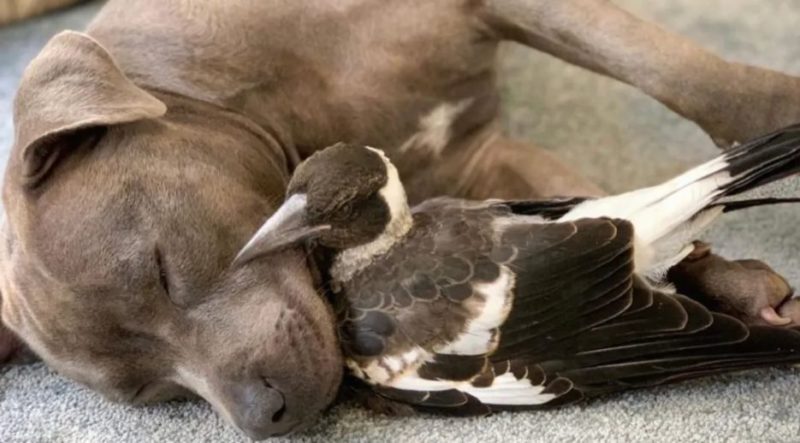 These two best friends met by chance a few years ago. Peggy was walking with her human parents, Juliet Wells and Rhys Mortensen, at a dog park on the Goad Coast in Australia when they came across this little magpie.

Molly was only a few weeks old at the time and badly damaged and in despair, but Peggy’s parents decided to take her home and nurse her back to health. But what began as a humble act of compassion and salvation turned into a life-changing bond. 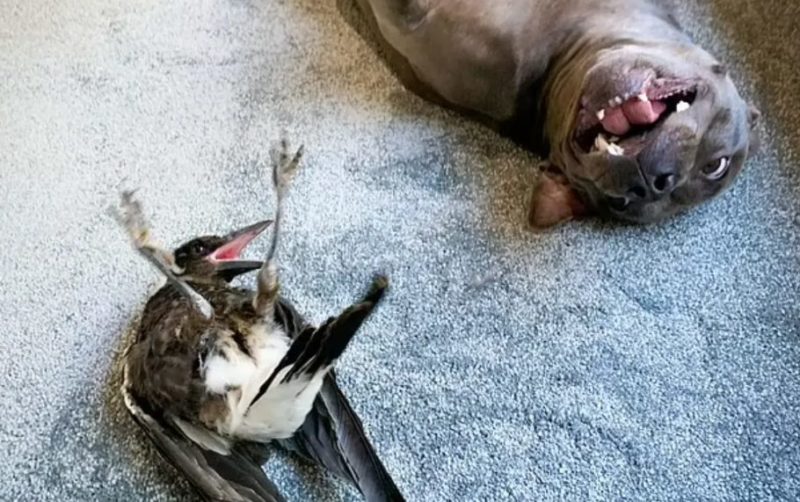 At first, Peggy was afraid of Molly because the magpies teased her in the garden, but she fell in love with the bird, which her parents rescued.

Meanwhile, Molly made a full recovery, but refused to leave her new nest. On the other hand, she and the dog were inseparable best friends. 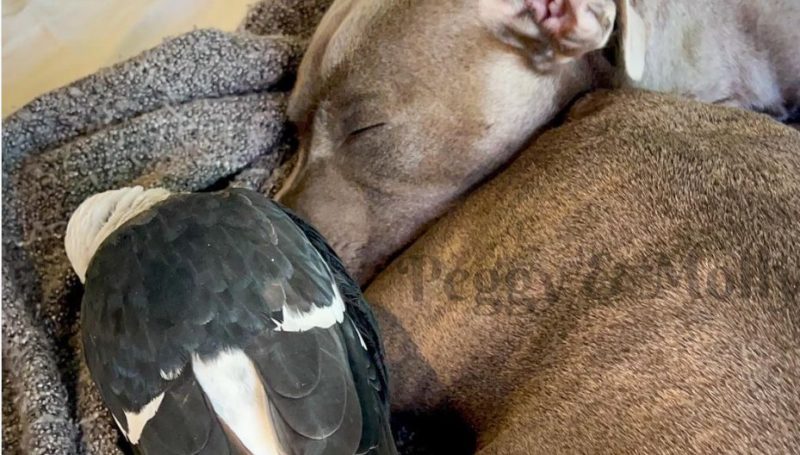 “They lay next to each other, not touching”, Juliet explained. “They started hugging and soon became inseparable”.