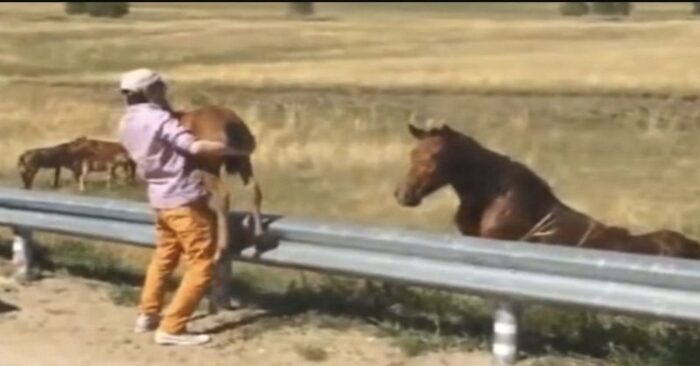 For a helpless creature a simple act of kindness could mean the world.

That’s what happened when this kind man discovered a bewildered foal while traveling down a country road.

The young animal separated from its mother and cried in the middle of the road, but then this hero appeared and did the right thing. 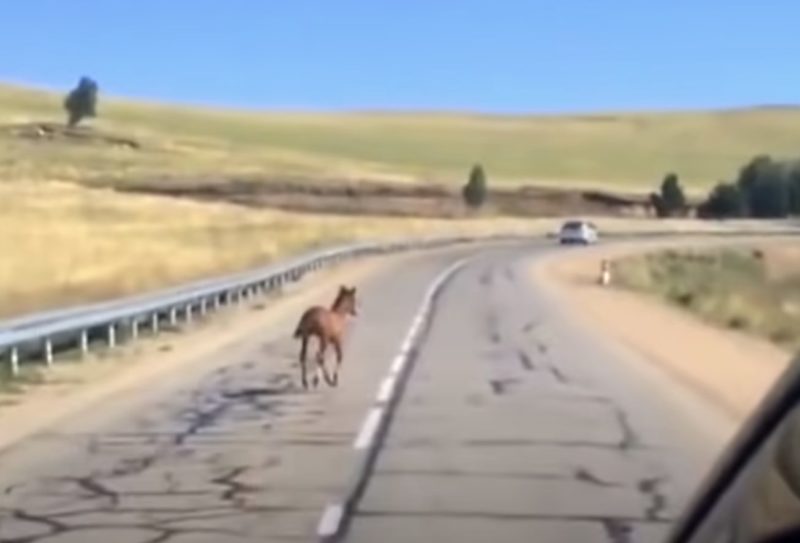 The touching rescue was caught on camera, showing that there are still good people in the world.

A family of horses was happily eating on the side of the road when one of the foals, for some reason, ended up right next to the metal fence at night.

The little foal was frightened and confused and he hurriedly tried to return to his family but couldn’t because he wasn’t strong or tall enough to jump over the fence. 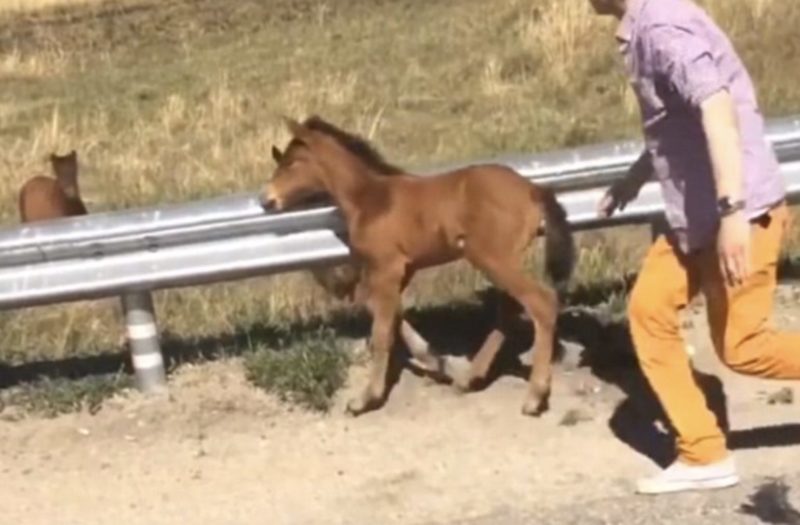 Luckily, an unknown driver stepped forward and saved the day.

A kind man saved the foal and helped him reunite with his mother. However, this was not an easy escape.

A foal can weigh 100 pounds, making it difficult for a human to lift. 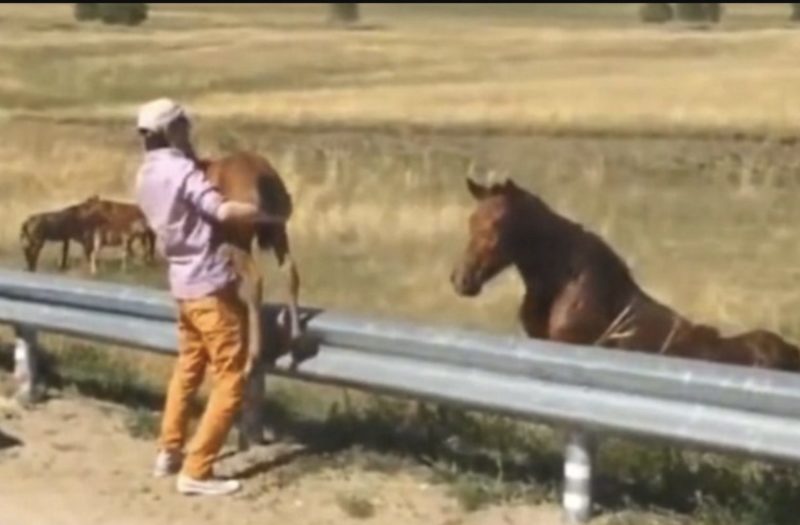 What’s more, the man had to proceed with extreme caution as the already frightened foal approached the metal barrier, risking serious injury while trying to escape from the rescuer.

The luckiest foal was rescued and reunited with his mother.