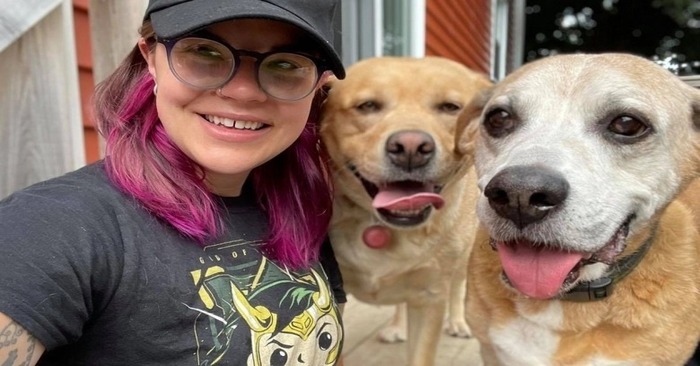 Spending time in the company of these creatures helps her overcome difficulties.

Outside of work, dog walking has become a form of therapy for a Canadian with fragile mental health. Spending time in the company of these creatures helps her overcome difficulties, especially when she is depressed.

For Sarah Hiller, her dog walking job is perfect. Thanks to him, he was able to climb the slope and begin to lead a normal life again, according to the Canadian media CBC.

The diagnosis was made in 2017. That year, this resident of South Conception Bay in Newfoundland and Labrador, Eastern Canada, learned that she had a complex form of post-traumatic stress disorder, as well as bipolar 2 disorder, which combines depression and hypomania. The young woman wondered how she could make a living. Her doctor advised her to quit her job as a call center manager because she was too stressed.

At that time, she received benefits while on sick leave, but they were far from enough. She needed a decent way to live without affecting her sanity again.

One day when she was walking her dog and the next day she greeted her, she told herself that she could make it her profession. Five years later, her small dog walking business, Sarah’s Snouts Services, is in full swing. She is professionally happy and is getting better and better thanks to the dogs she walks with every day. For her, every step she takes with them is another step towards healing.

In an interview with CBC’s Andrea McGuire, Sarah Hiller revealed that she walks her clients’ dogs in groups of 3. She leads them into the woods where they can scream and play, and then brings them back to do the same with the next trio. She usually makes 4-5 trips a day.