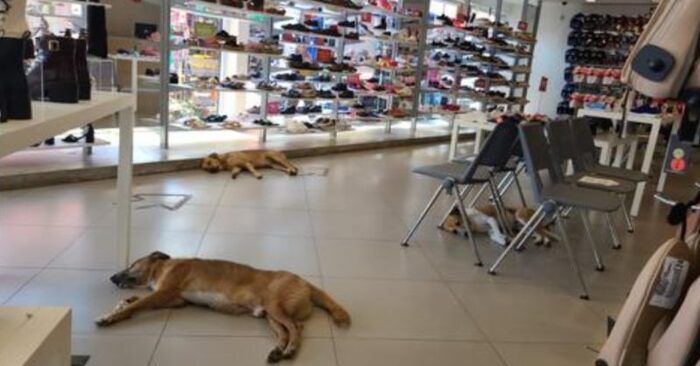 A shoe store has opened its doors to stray dogs looking for a warm place.

Climate change is making weather events more intense and destructive: hurricanes, heavy rains, earthquakes, landslides, our dangerous cities. The consequences of nature are not only people, but also animals.

In the city of Oaxaca, Mexico, the cold came suddenly. Those who were able to do this were locked in their homes, and those who did not have a home remained outside: homeless animals and the homeless. 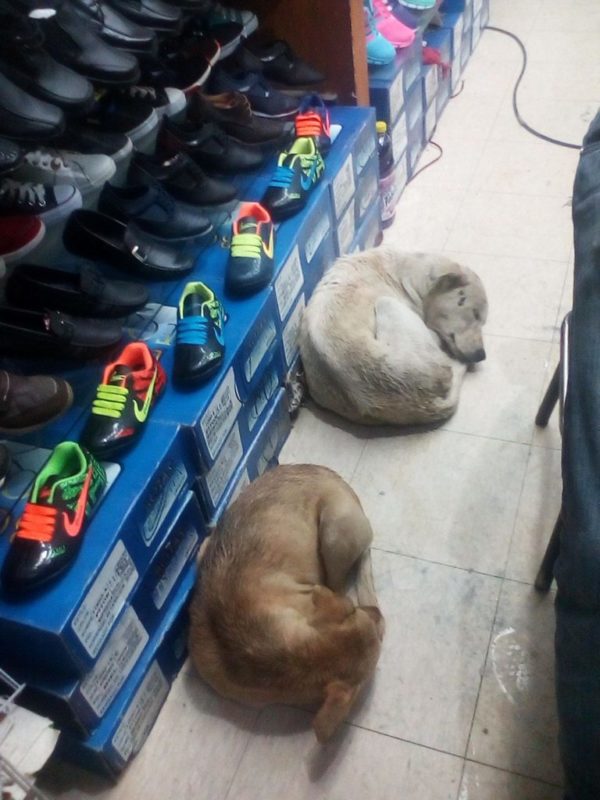 If the latter were provided with shelter and hot meals by the state service, then the shoe store took care of stray dogs.

The shoe store opened its doors to stray dogs looking for warmth.

The store owners posted on Facebook a photo of two puppies climbing on the shelves to protect themselves from the cold. 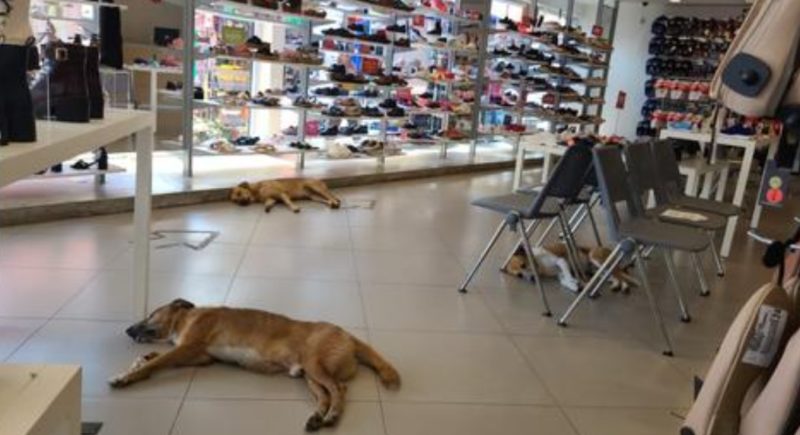 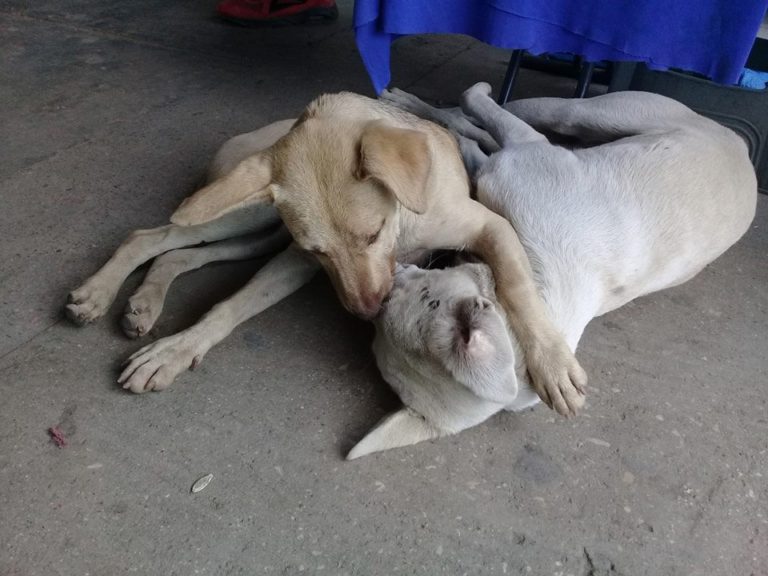 The photo went viral and hundreds of people praised the shoe store’s gesture.

It remains only to find a home for the two unfortunate.