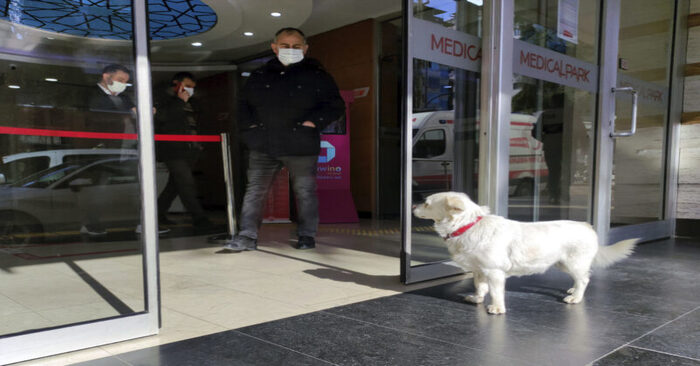 Devoted dog Boncuk looks for his owner, Cemal Senturk, at the entrance of a medical care facility in the Black Sea city of Trabzon, Turkey, Tuesday, Jan. 19, 2021. Boncuk has spent five days waiting in front of the hospital where her sick owner was receiving treatment. Senturk was discharged from the hospital later on Wednesday and returned home with Boncuk.(DHA via AP)

This wonderful dog has recently shown what is a true loyalty.

We don’t just call them man’s best friends. no other living being can match the devotion of a dog. Recently in Turkey, a dog showed what real loyalty is by waiting a week for his sick owner before going to the hospital. 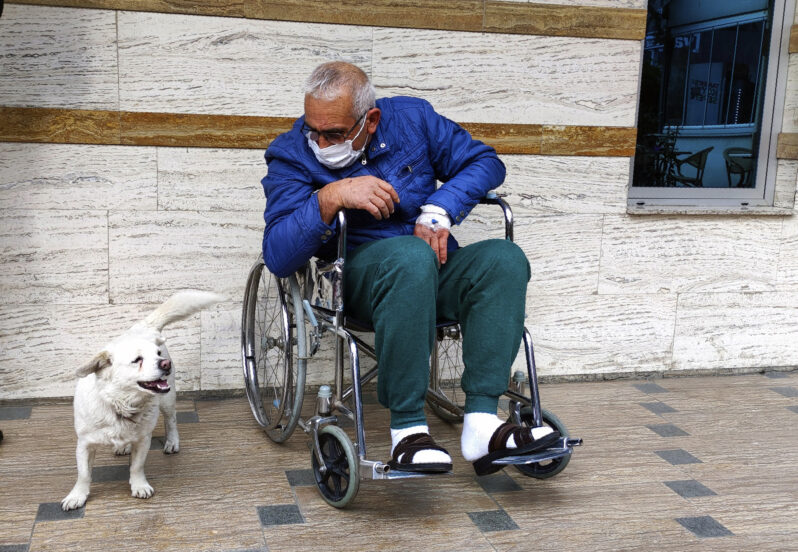 On January 14, Cemal Senturk was taken by ambulance to Trabzon Medical Park Hospital. Boncuk, the man’s favorite dog, stayed at home with his entire family while the man was taken to the hospital for further investigation. 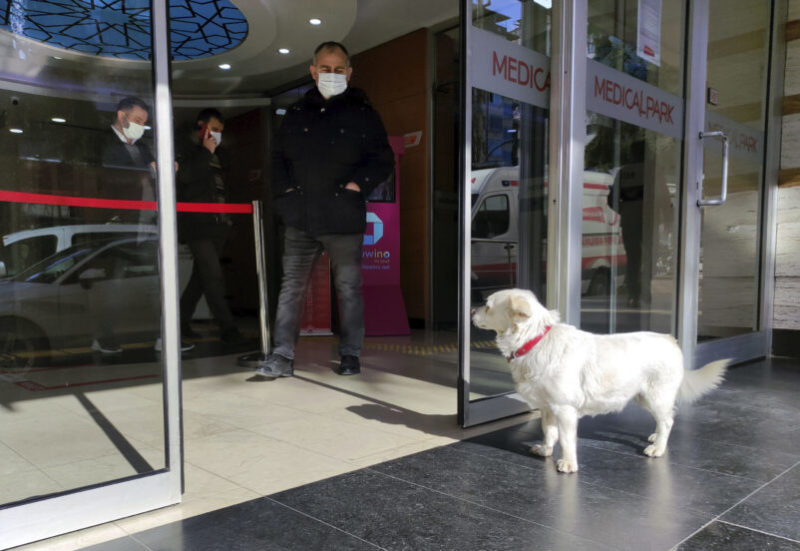 However, the devoted dog knew that something was wrong with his master and tried to comfort him during these difficult times. The dog attempted to break out of the family’s home and followed Senturk to the hospital.

The medical staff noticed a small puppy in front of the front door and informed the Senturk family about it. Because they live near the facility, they took the anxious puppy home to return the next morning. 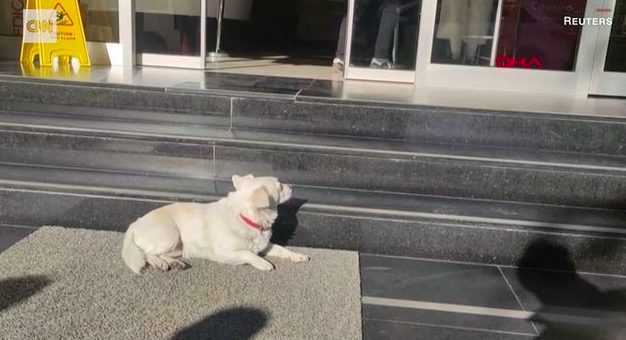 When the director of the hospital saw the dog’s devotion to the person he loved most, he decided to take action. As a result, Senturk was able to communicate with his beloved animal through the glass.

“Boncuk managed to run away every day to wait at the gates of the hospital, despite the fact that the family took him home”.