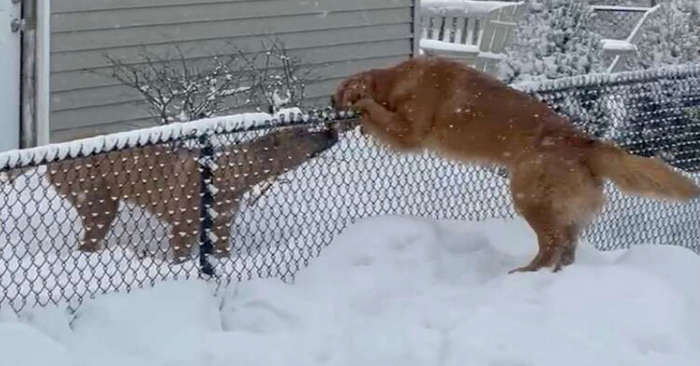 The 2 dogs are used to meeting near the fence to greet each other.

Pax and Penny are not just neighbors, they are best friends. The two dogs used to meet at the fence separating their gardens to greet each other.

But the snow is back. Penny didn’t dare stick her paw out anymore, much to her friend’s dismay.

A wonderful company was born in March 2021. Pax met his new neighbor Penny, who was 3 months old at the time. 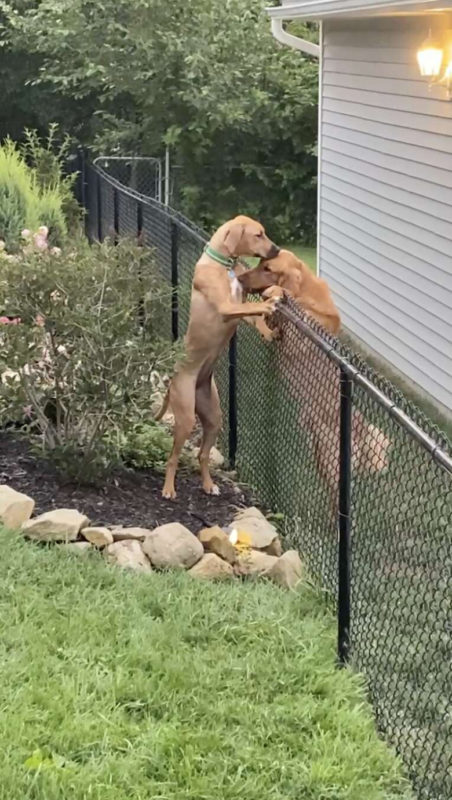 Their owners have witnessed true love at first sight. Since then, the two dogs greet each other every day through the fence.

Their families even installed a small door so they could fully play together. 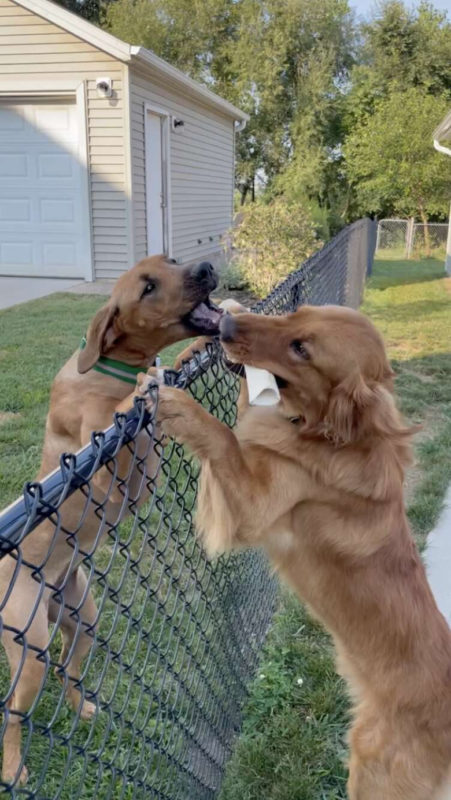 In addition to exchanging a few nose kisses, the furry balls sometimes share their toys. It seemed that nothing could separate these two kindred spirits … until it snowed.

Love is the strongest

Penny dislikes snow and rain, which she tries to avoid. 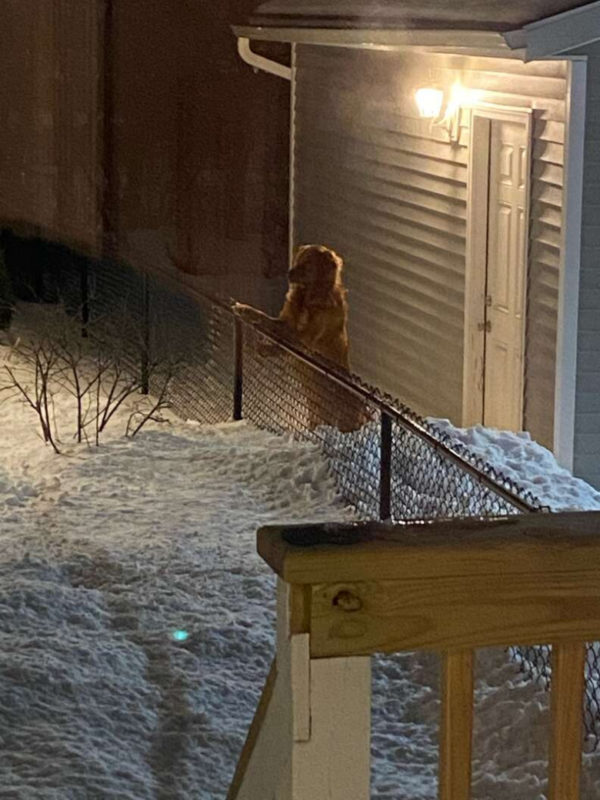 Sensitive to her grief, Penny’s adoptive parents decide to take it upon themselves to reunite them. To do this, they cleared their garden of snow to create a small path.

From that day on, Penny felt more at ease in the Nivean mass. She even has fun with Pax. “They’ve been playing in the snow almost every day since then”, added Emily Thomas.