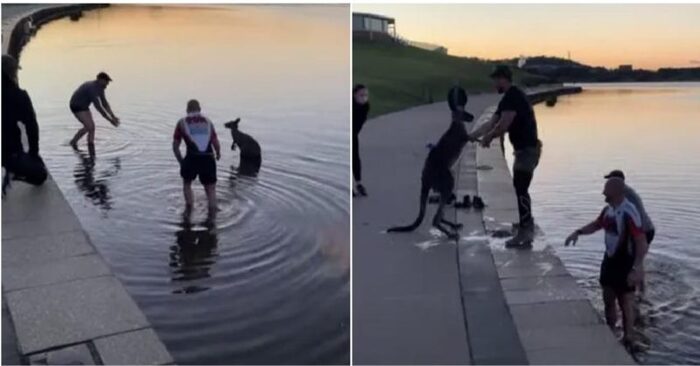 Two cyclists decided to help the kangaroo which was in the lake.

David Boyd is an Australian resident. Recently, the man enjoyed a walk on the picturesque Burley Griffin Lake. His thoughts were disturbed by strange sounds.

David realized that somewhere in the distance, someone was moving in the water of the lake and, most likely, could not get out.

Boyd was about to come to the rescue, but saw that two bikers had already decided to do it.

The boys dismounted from their bicycles and jumped into the lake, in which, not far from the shore, was a young and apparently sedated kangaroo. 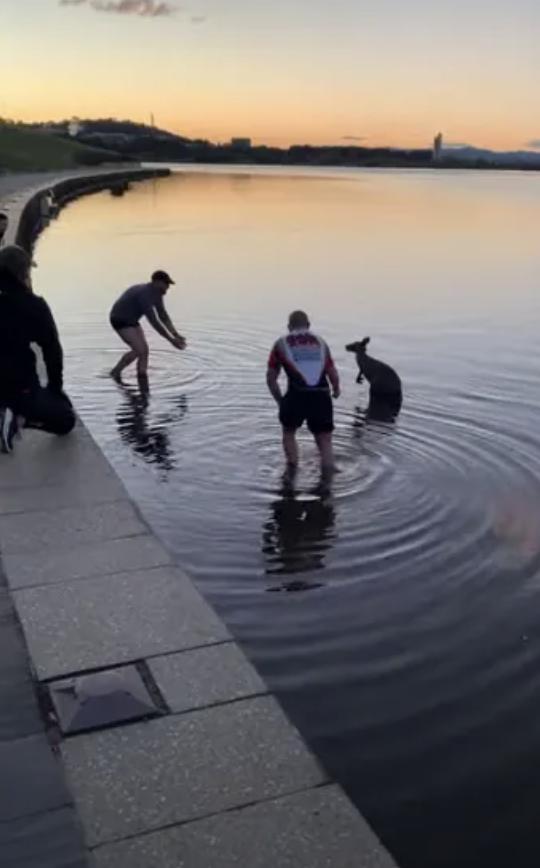 The rescuers took off their shoes, climbed over a low fence and moved across the water towards the beast. At first they tried to get the attention of the kangaroo. The animal noticed people, began to get nervous, turned its head in their direction, but did not move.

Then the bikers, plucking up courage, approached the kangaroo, grabbed him by the paws and carried him to the shore. One day, the beast sitting on the ground became worried, but the third person hurried to calm him down.

And then something interesting happened. The animal grabbed the hand of one of the rescuers, saying “thank you” as if dumb. 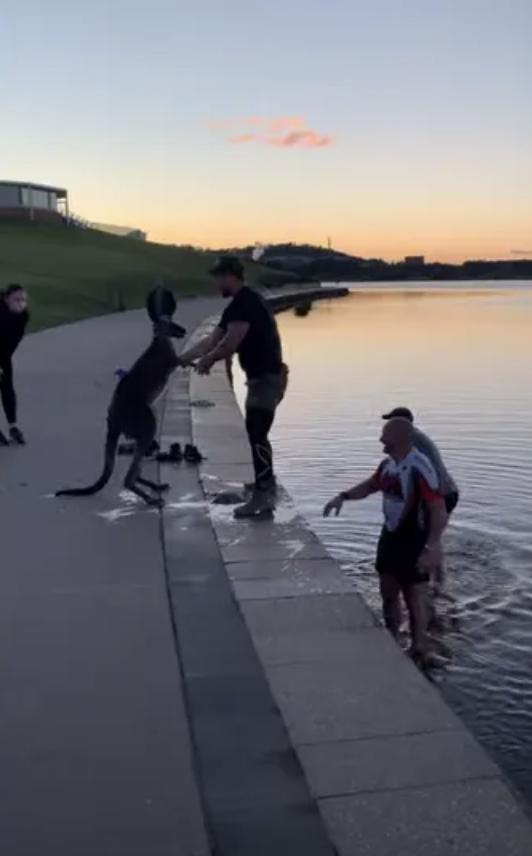 David Boyd filmed the entire rescue process and posted a video. He said it took the kangaroo about half an hour to recover from the shock.

Probably, the animal accidentally fell into the cold water of the lake, and then simply could not move due to the low temperature and severe hypothermia.

People who watched the video admired the courage and kindness of the two rescuers.

In fact, approaching a kangaroo is very dangerous, especially if the individual is about to mate, feels threatened, sees an enemy, or is protecting offspring. With its powerful paws, the Australian beast can cause serious injuries.