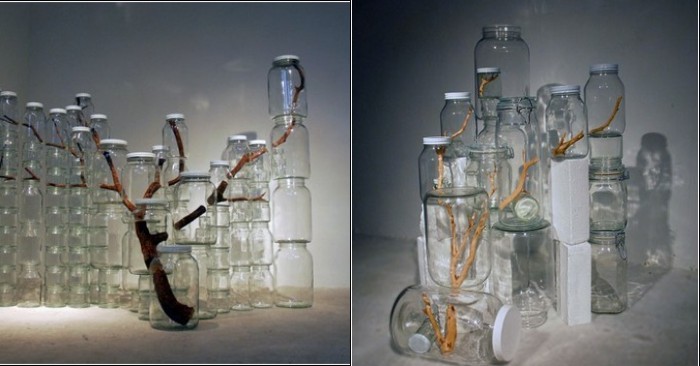 Eye-catching art made of branches and glass container 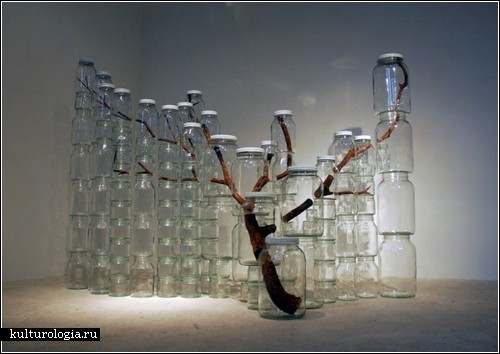 Nobody can deny that the Japanese have a knack for surprising people. Take Naoko Ito’s sculptures, for instance: she creates them out of common glass containers. Certainly, the jars’ contents are unexpected for the viewer: rather than delectable cucumbers and tomatoes or delicious jam, the containers hold “kept”… trees.

Tree branches and cans for preservation are fairly commonplace items. However, by combining these elements, Naoko Ito was managed to astonish the audience. The author saws the trees into their constituent parts, arranges them in containers of varying sizes, and then builds a pyramid out of glass jars to form an artwork. The banks are positioned in this case so that the old branch appears to be repaired, and the tree starts to grow inside an insecure translucent framework. 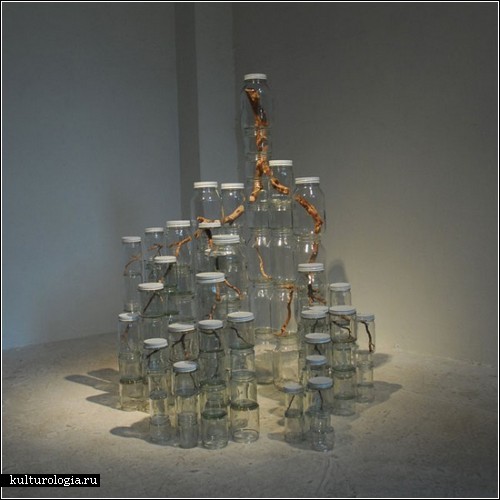 The year before, Naoko Ito’s Urban Nature 2009 program included the can sculptures. Surprisingly, among Naoko’s works is an artwork featuring a citrus groves tree branch. Presumably, the author meant to underline her Japanese ancestry in this way. 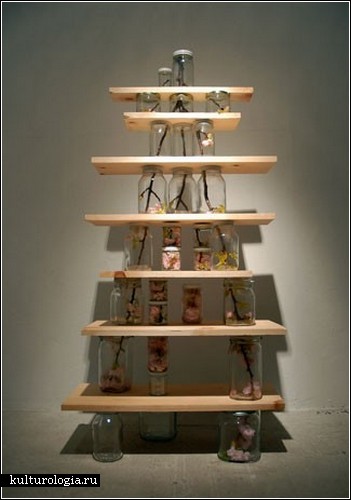 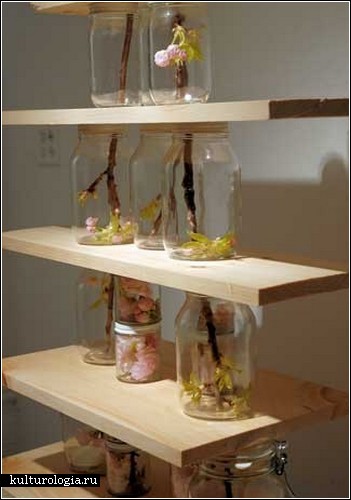 Naoko Ito is a Japanese actress who was raised in Tokyo. Musashino Art University (Tokyo) awarded him a bachelor’s degree, and the School of Visual Arts awarded him a master’s degree (New York). The author is presently based in New York.