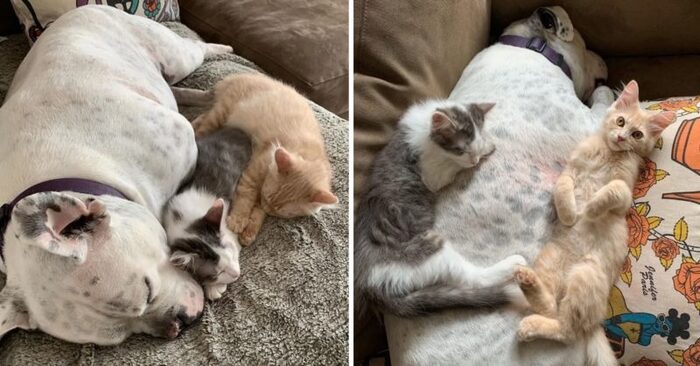 This dog paid a lot of attention to the kittens from the moment he met them.

Animals are kind by nature. It’s not hard to walk into a shelter and see how they are ready to give us love. And it works the same between them.

One example of this was Alley Cat Rescue in Los Angeles, where two kittens that needed to be rescued were taken to a shelter.

Both of them were inseparable, but they were very sick, they needed medical help, but above all, great love. 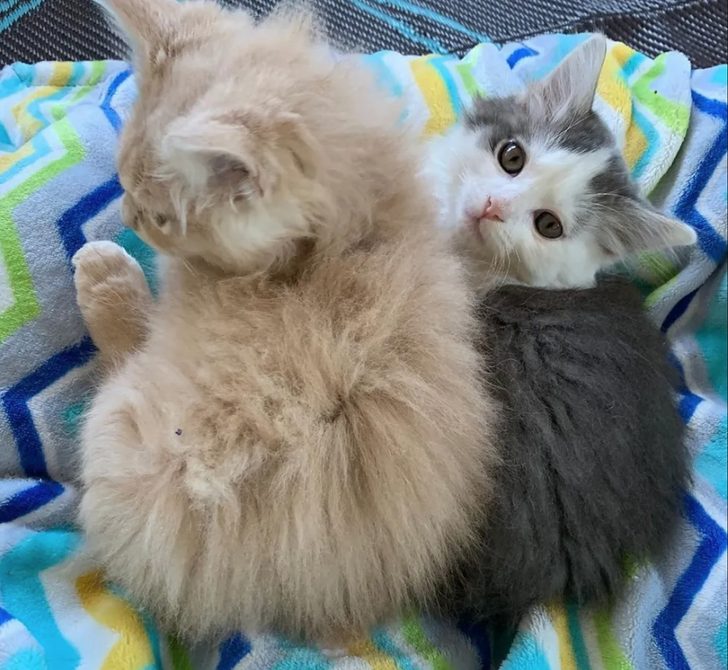 They always hugged when they were treated. More noticeable than any roar, it was clear that they were inseparable brothers.

Things got better when they met a deaf 5 year old dog who gave them a lot of attention from the moment they met. 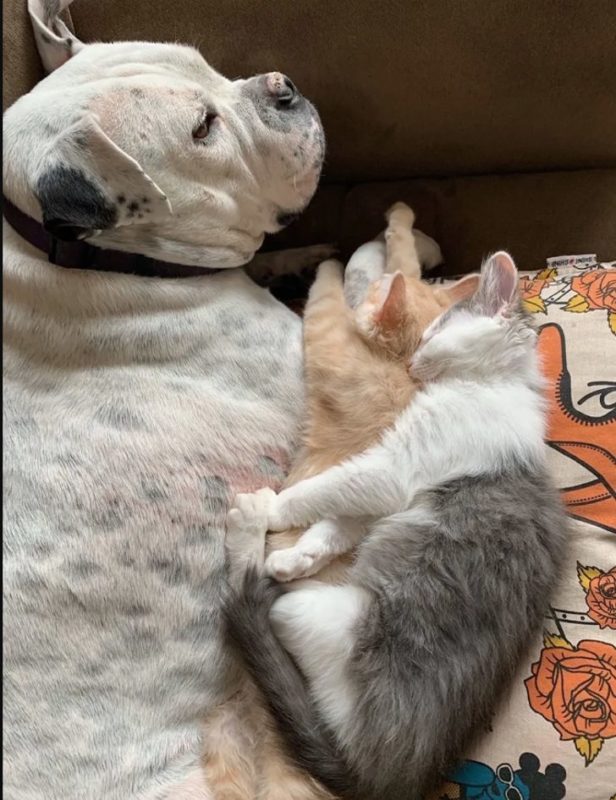 This dog was also rescued from a bad place, where there was clearly not enough attention and a lot of love.

Now they are a trio and together they give each other the love that life has denied them. Wherever these cubs go, a deaf dog takes care of them.

As soon as they got into foster care, Pickles lay down next to them and began to lick them. 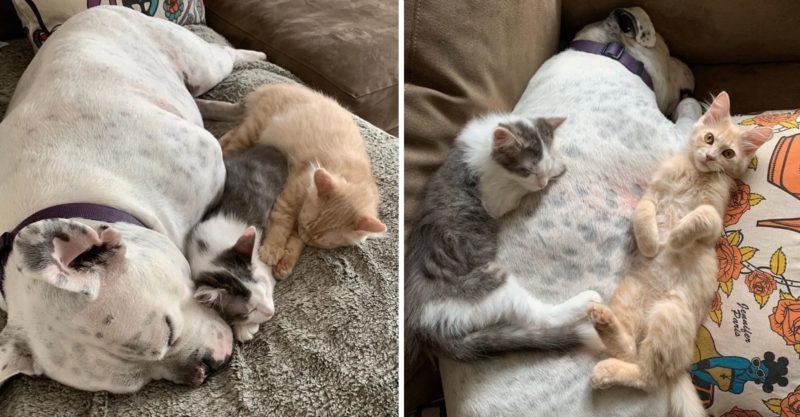 Luckily, the kittens seem to be very comfortable with the dog, now clinging to him for warmth and comfort.

Pickles has always had a soft spot for kittens in need, according to the animal rescue center. Everyone is surprised how kittens, despite the fact that they are “other”, find peace and happiness next to him.