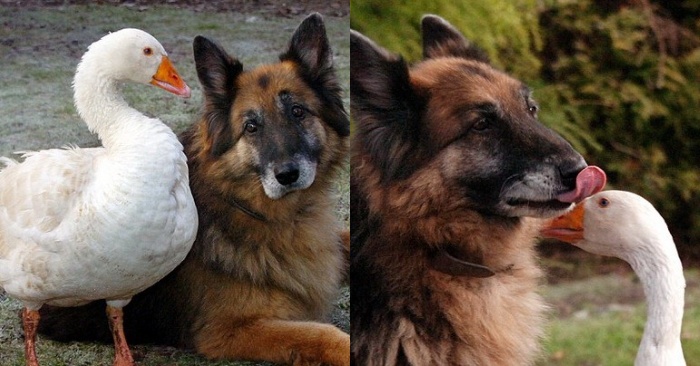 The dog, famous for its attacking character, survived thanks to his friend.

An incredible incident occurred in one of the animal shelters in the UK.

According to local staff, the dog’s behavior instantly changed, the dog turned into a cute animal that will not offend a cat. 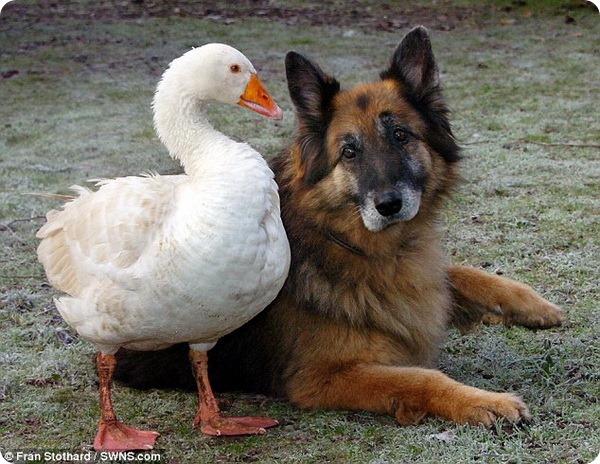 Surprisingly, Rex and Geraldine the goose are befriended.

The staff of the center was very worried about the bird, as they personally knew about the bad character of the dog, which no one could cope with.

However, to everyone’s surprise, Rex began to express his warmest feelings to him. And Geraldine herself immediately got in touch with a giant dog. 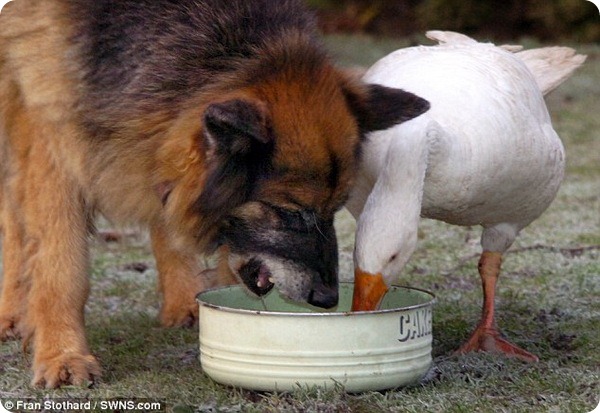 Friendship with Geraldine “saved” the German shepherd from euthanasia, because before meeting with the goose, Rex rushed at everyone who tried to get close to him. 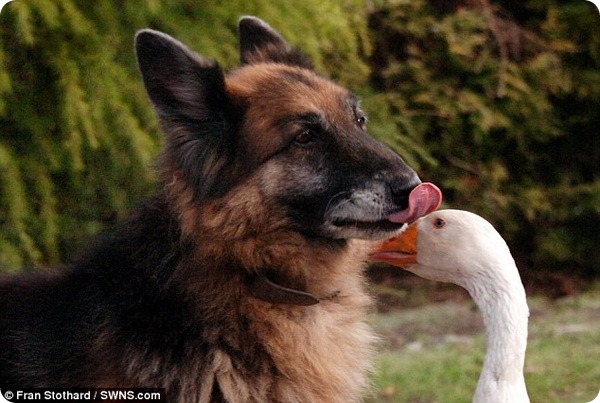 According to the shelter staff, Geraldine is very jealous of Rex.

Everyone really hopes that Rex will remain such a kind, sweet dog as long as Geraldine is with him.