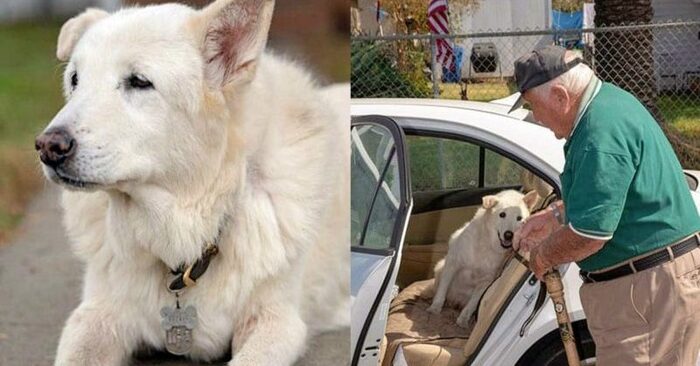 George Johnson made an attempt to affiliate a white German Shepherd because his own had died.

A 13-year-old dog named Sam has lived with the same parent his entire life, but sadly, his parent was sent to the Navy to give him shelter and his life was worth millions. 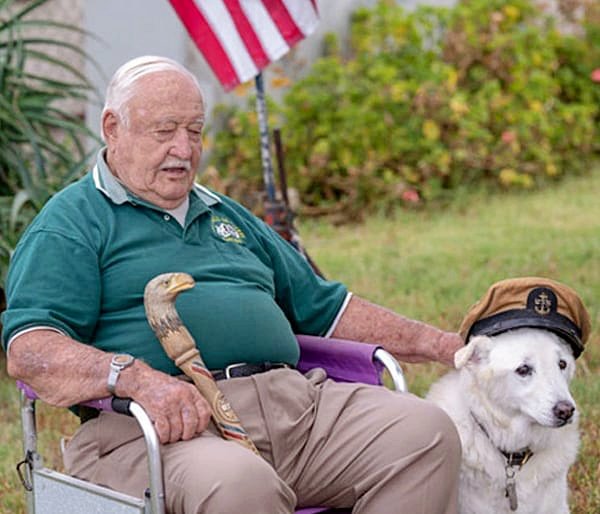 Because the German Shepherd was very old, no one had the desire to give him a second opportunity.

Day after day, nothing changed, so the shelter made a decision to euthanize him in order to make room for new dogs.

Surprisingly, 93-year-old Navy veteran George Johnson made an attempt to affiliate a white German Shepherd because his own had died. 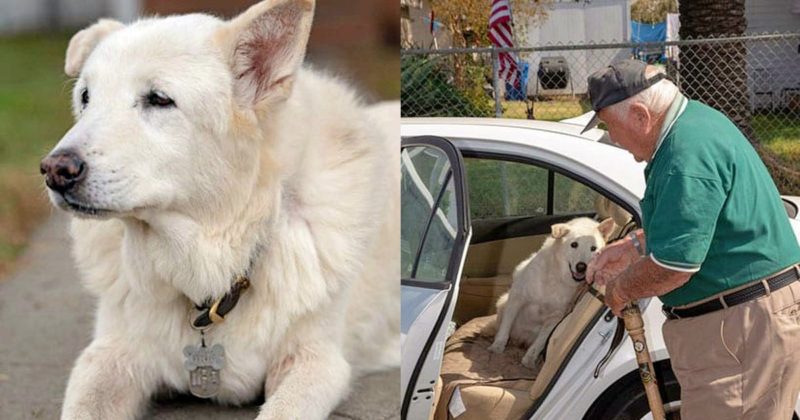 |He then finally met Sam and became attached to him. Sam, the white German Shepherd, is wonderful and amiable.

Check the clip below.

Share this with your family as well as friends.