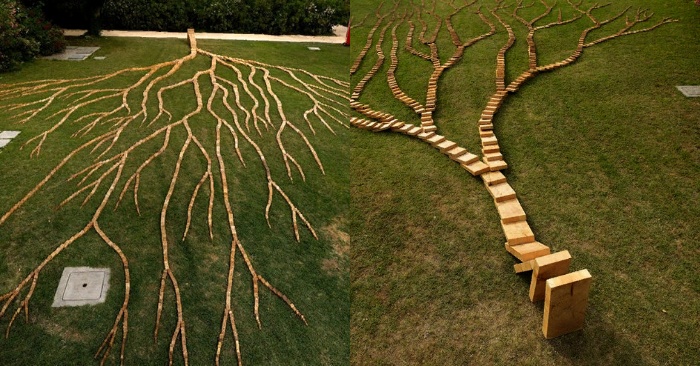 You can combine your favourite ways and get something awesome

Both children and adults love to play with dominoes, and not only because it is an original alternative to cubes and bricks of a building construction. But what fun it becomes when the domino effect kicks in! The large-scale installation The Small Knocking Down the Big, a tree painted with dominoes in a field, was built by artist Qiu Zhijie in exactly this way.

The essence of this phenomenon, the domino effect, is that when one knuckle falls on the second, they entail the third, which gets a more powerful “kick”, and this “power” grows with each new step. Therefore, all subsequent pieces of wood are knocked down by a strong shock wave, and even their impressive size is not a hindrance to falling. Process started.. 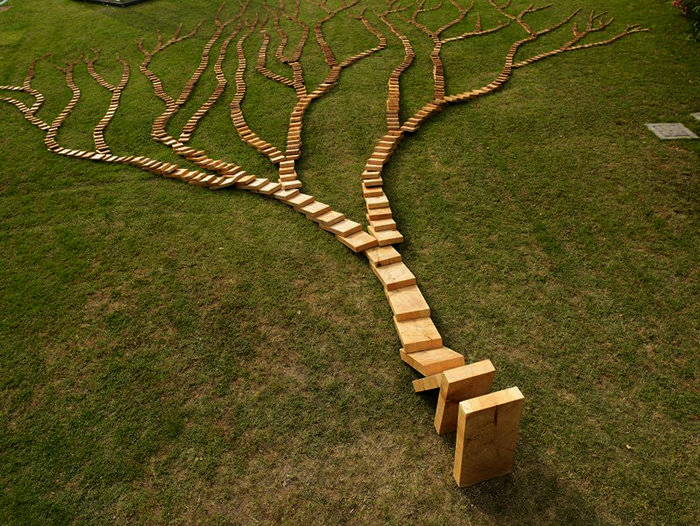 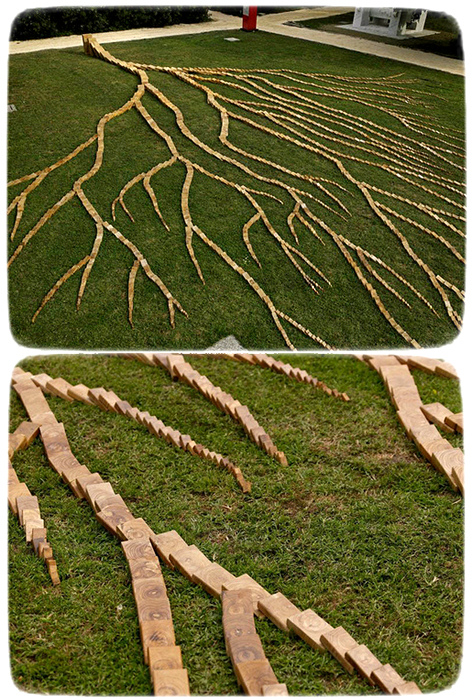 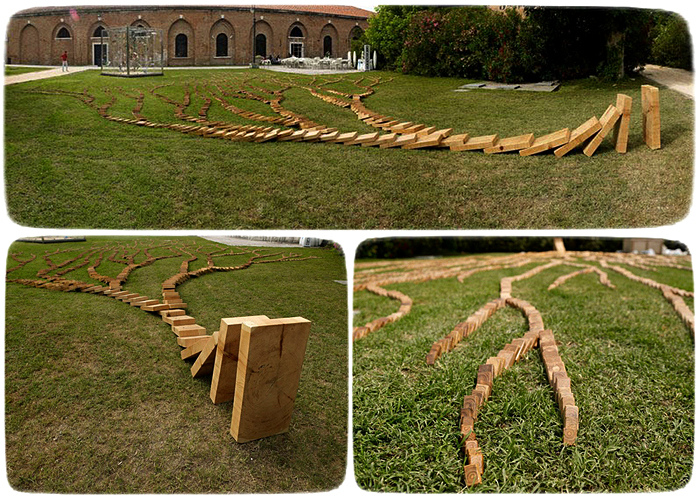 If you line up the cubes in a row, and then apply the domino effect to it, you can see how the tiniest cube, having passed a simple reincarnation, knocks down an impressive piece of wood. According to this principle, Qiu Zhijie built his creative work with the name The Small Knocking Down the Big. First, he built a huge image of a tree with a branchy, spreading crown in the clearing, and then launched the “effect” by pushing the smallest knuckles crowning the branches of the tree. Probably, the spectacle was worth it, because the project was created on a grand scale. More details you can see on the Qiu Zhijie website.