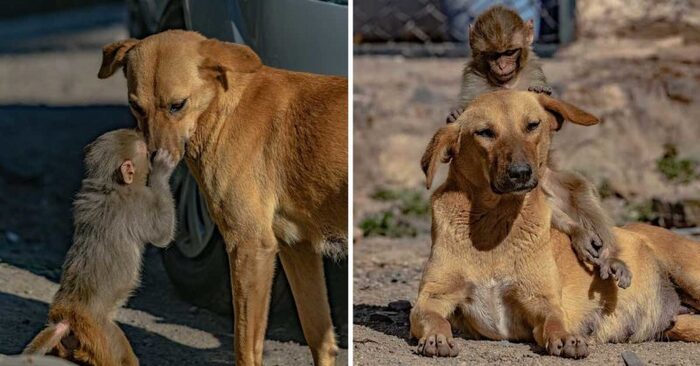 This dog adopted a monkey, which was orphaned after her mother was poisoned.

Animal love is one of the most sincere, there are no hidden evil intentions in it at all and everything is based on instinct. An example of this is what happened in Northern India, especially in Chakki Mor, Solana in Himachal Pradesh.

It was here that the famous photographer Prakash Badal went and during his visit came across a very touching situation with a pregnant dog that is about to give birth. Apparently, she adopted a baby monkey, orphaned after the locals poisoned his mother. 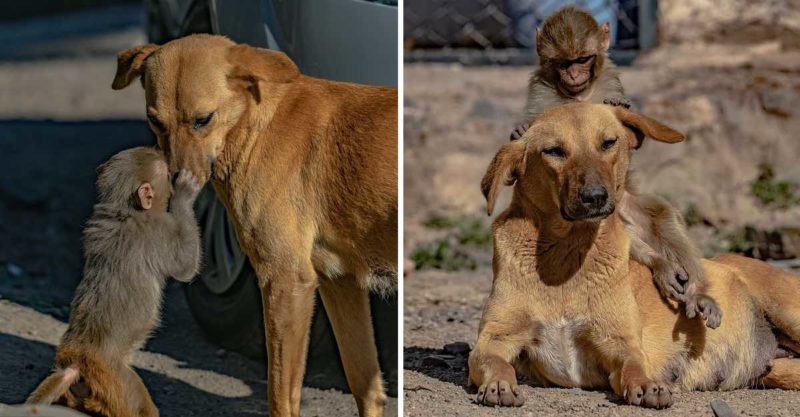 The artist’s visit was more about catching birds with her lens, but she couldn’t miss the opportunity to photograph this curious couple.

“The baby monkey was about 10 days old when the villagers poisoned the mother because they said they were destroying their crops. This baby survived and the dog adopted her,” photographer Prakash Badal told DailyMail. 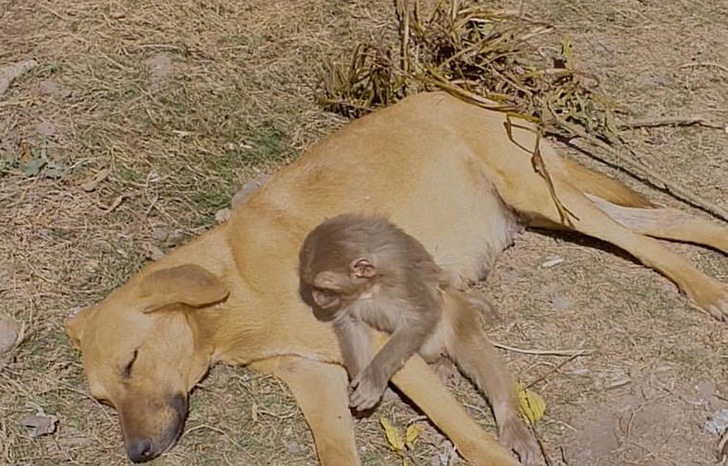 “Although there is sometimes conflict between monkeys and dogs, the maternal relationship is more important.

I felt that when a mother saw an infant who was very small and had no one to take care of, the maternal instinct took the lead in adopting the child, regardless of the fact that they were of different species. 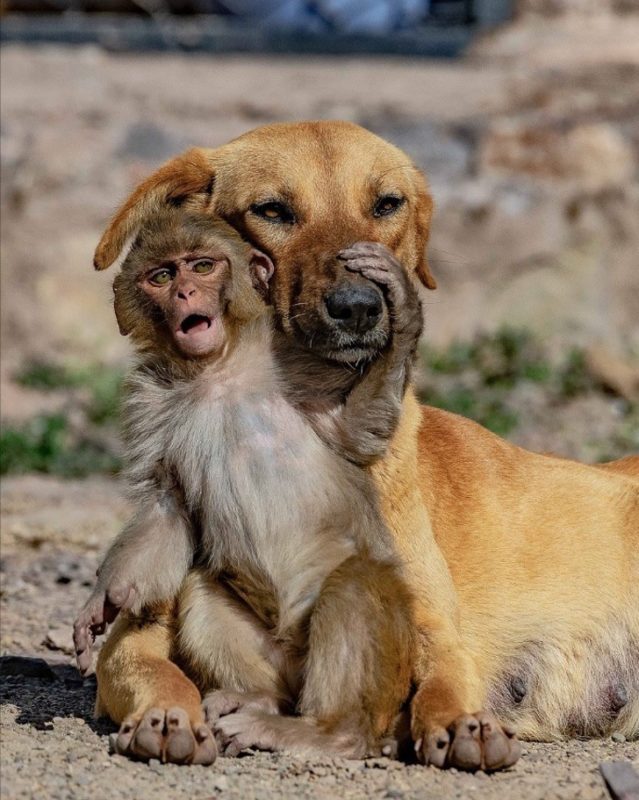 “Such relationships are a lesson for people who have become selfish and kill each other because they belong to a different group or religion,” the photographer said.