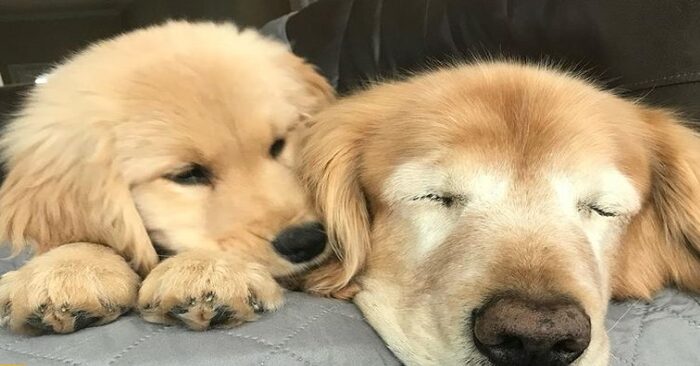 This blind Golden Retriever had his caring and kind own guide.

In 2016, the 11-year-old pet of American couple Adam and Chelsea Stipe was diagnosed with glaucoma and had to have both of his eyes removed.

And after the operation, Charlie, always active and inquisitive, became sad and stopped enjoying life.

Then the owners discussed the situation and decided to give their pet a friend. They got another golden retriever, a four month old Maverick.

At first, Charlie did not take the new tenant very well, but after a few weeks he realized that this little one was very cute. The old dog seemed to have found a new life.

Maverick seemed to understand that he had a special role to play. The dog saw that his adult friend Charlie could not do everything that other ordinary dogs do.

And then Maverick decided to help his older friend. When he lost his toys, they were brought by a friend who was always ready to help.

And during the walk, Maverick even held Charlie by the neck so that he would not fall behind and get lost. 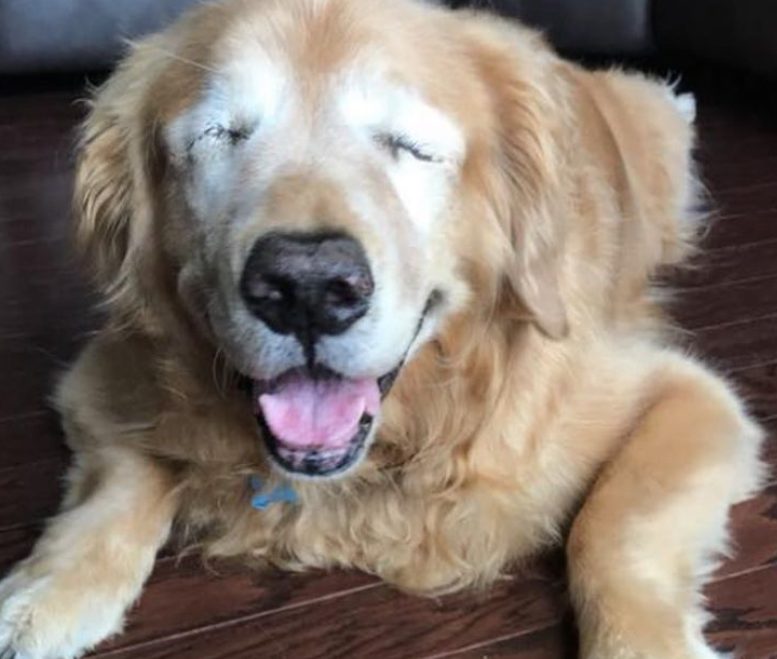 Moments of the life of this couple of friends are captured in many photographs.

The owners decided to create an Instagram account for their pets, in which they posted the brightest and funniest pictures. New photos appeared in 2019.

Unfortunately, Charlie died the same year. However, Adam and Chelsea continued to upload archival photos in memory of their favorite. 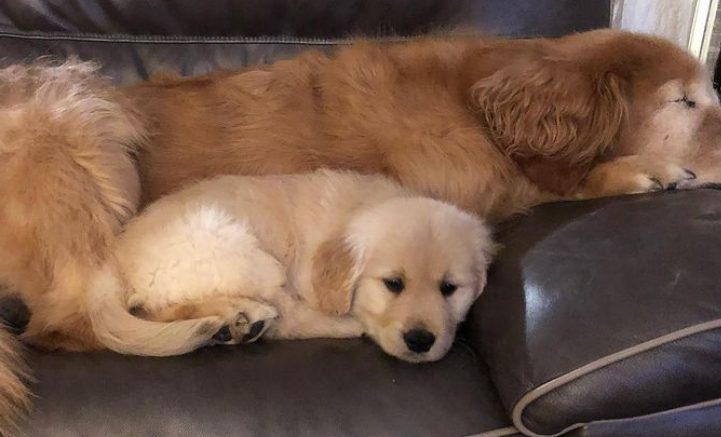 Now about 144 thousand people have subscribed to the page of two close friends.