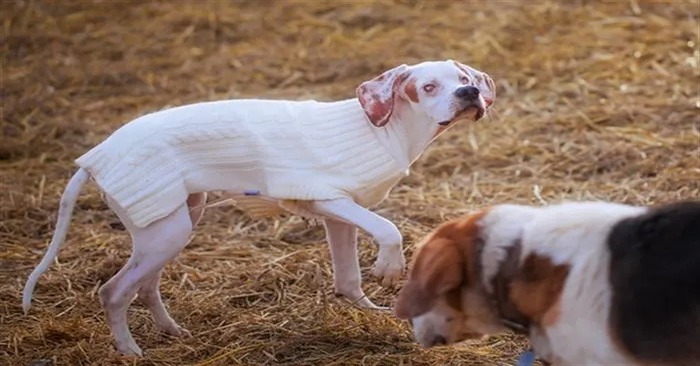 The girl saw two emaciated dog skeletons were eating bread by the dumpsters.

One cold autumn day, a girl named Diana was walking down the street and saw two emaciated dogs.

By color, characteristic ears and physique, even in this form, she recognized the breed – the English Pointer.

Diana couldn’t get past. She has been helping homeless animals for a long time. Coming closer, she saw that they had no eyes. Both were blind. The third shock was waiting for her already in the veterinary clinic. The doctor found webbing between their toes on their paws.

Obviously, the dogs had a hard time surviving. They were extremely emaciated. The brothers were separated. Despite good medical care, the sick puppy died on the second day. Exhausted body could not overcome the infection.

After the quarantine, Diana took the surviving puppy home. They named him Yatagan. Diana says that she could not take a picture of Yatagan for a long time, because he constantly jumped up and tried to lick his master’s face.

We are so happy to know that the poor animal is now living a better life.