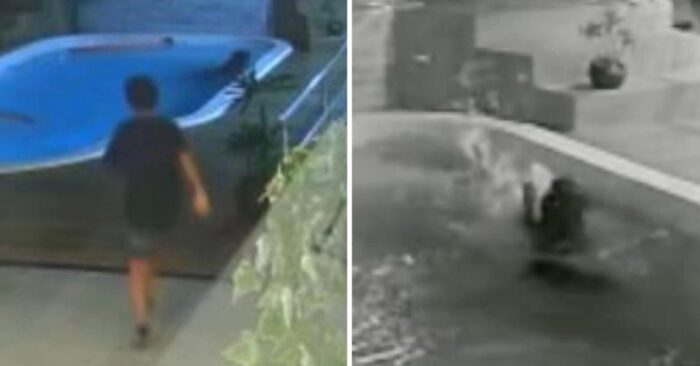 When it comes to the people we care about, we are willing to risk our lives to save them. So when his beloved dog needed help, this 11-year-old boy almost magically saved his life. Now he is considered a hero, and rightly so.

A few evenings ago, Matheus Felipe was at his Brazilian home watching TV while Nitro, his friendly Rottweiler, explored the yard.

The dog slipped while walking and fell into the pool for no reason. Nitro struggled to get out of the water and was in danger of drowning, despite the fact that dogs are usually excellent swimmers.

Even young Felipe, who had the TV on, heard water splashing in the backyard and ran out to check. Fortunately, the smart young man jumped into the water as soon as he realized that his dog was in serious danger.

However, pulling a 150kg dog out of the pool is no easy task for an 11-year-old boy, but Felipe mustered the sudden strength to save his friend. “I was jumping around in socks, shorts and a shirt,” the bold young man told local news site A Gazeta.

Nitro wanted to express his gratitude to the devoted human companion who had just saved his life once he was safe. “As soon as he got out of the water, he started kissing me and saying thank you,” the young man explained. “He is one of my closest friends. I cried a lot with him”.