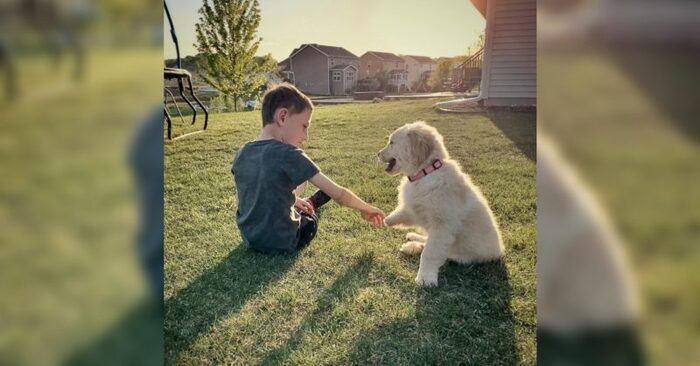 A puppy born without her front right paw, was just brought into this boy’s life.

We already know that the bond between dogs and humans is unlike any other bond. Sometimes people even go so far as to think that their dogs are their soulmates and best friends.

This particular story only proves that this is true.

Paxton Williams, 7, of Minnesota, was born prematurely and developed an infection in his right leg that stopped growing. 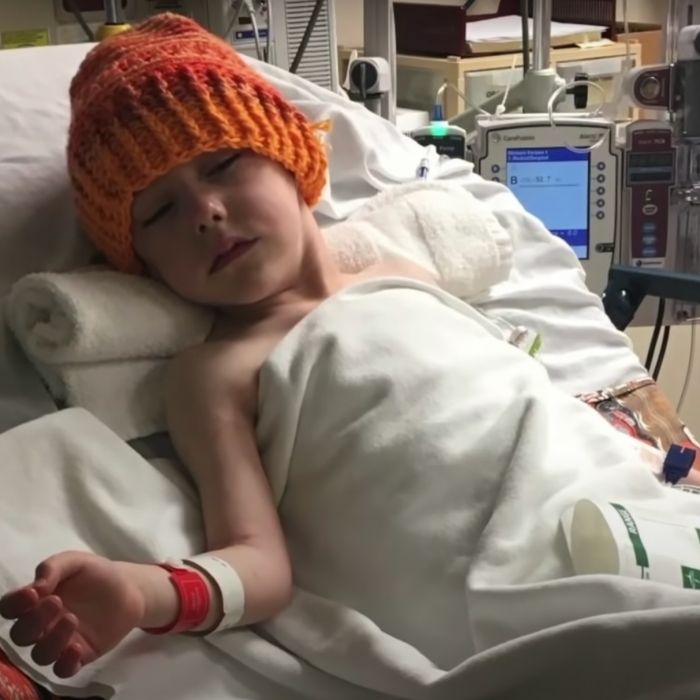 His parents decided to amputate the injured limb when he was four years old, despite the fact that it was a difficult decision. Now the child walks with the help of a prosthesis.

Marvel, a puppy born without a right front paw, has just appeared in this boy’s life. Barb Felt, owner of Rolling Oaks Garden, was instrumental in bringing them together.

He and his team breed and raise high pedigree golden retrievers, and when a previous client told him about Paxton and his deformities, he immediately thought of Marvel. “We didn’t know what to call her and we weren’t sure how long we were going to keep her”, Barb explained. “If she went to a foster home to practice, we would either handle it or reunite her with the family.”

One day, Barb saw a video of a young girl with a prosthetic limb who adopted a dog without a leg. Barb wanted the same for Marvel, seeing the joy the little puppy brought to this girl. 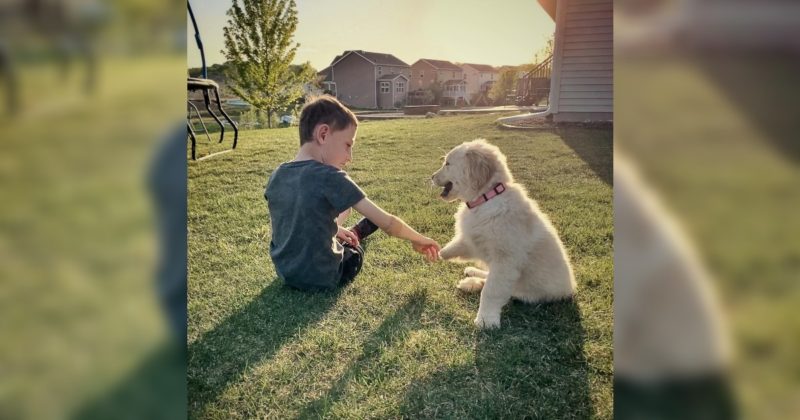 Luckily, her previous client quickly alerted her to Paxton’s existence. Barb then contacted the boy’s father, Blaine Williams, and the family agreed to see the dog.

Barb said: “We talked and they came and met Marvel. At the time, we hadn’t really mentioned the Marvel name yet”.