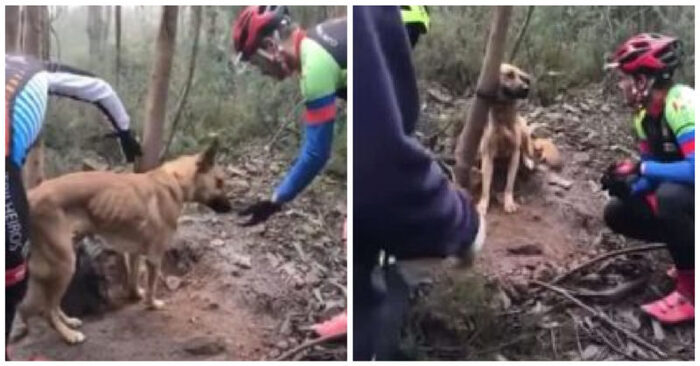 A group of cyclists found a helpless little dog tied to a tree and rescued him.

Seeing the condition of the dog, one wonders who could have committed this crime. The dog’s bones were sticking out, which would explain why he hadn’t swallowed anything for days. 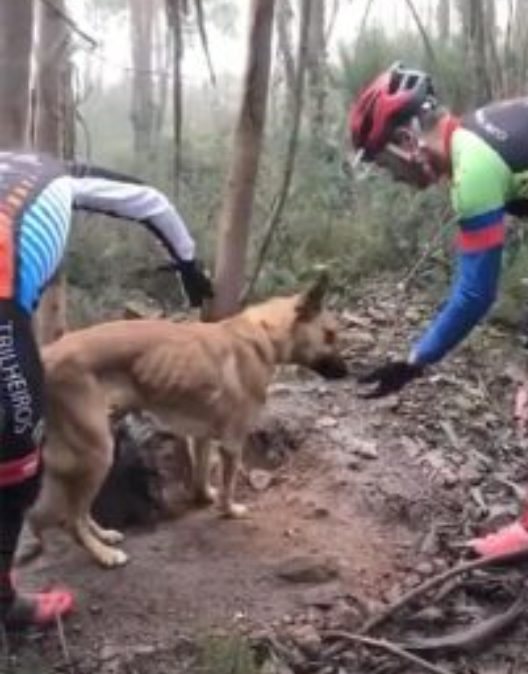 Around the world, animal abandonment is increasingly seen as an issue that needs to be taken seriously.

French law qualifies leaving animals on public roads or in the countryside as an act of cruelty, punishable by a €30,000 fine and 2 years in prison. 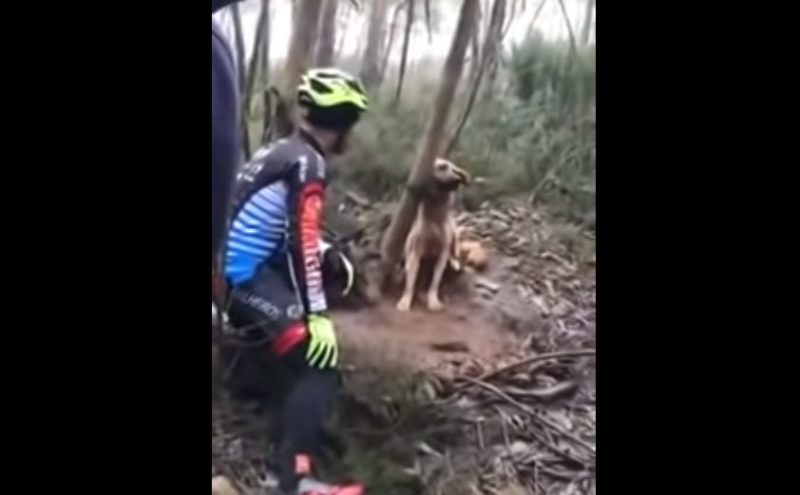 When a cat or dog grows up at home, the owner is solely responsible for meeting their basic needs and providing them with the care they need.

Remember that pets are not disposable items, they do not serve as guards in abandoned premises and should not be kept locked up without any rights. 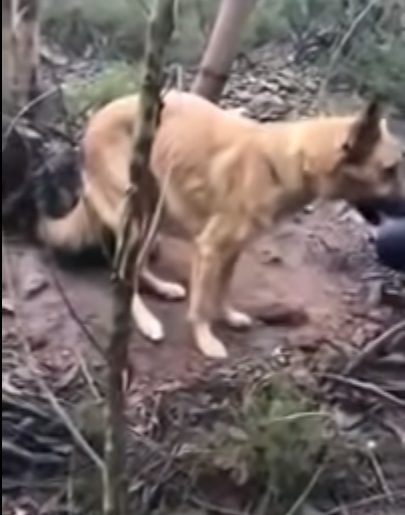 Contempt for animals exists because there are very few effective punishments in practice. It is also because we do not inculcate from childhood the value of animal life as human life.

The shocking story took place in Portugal and made the rounds on the Internet after the publication of Associación Animalista Libera, an animal protection association that has been active in Barcelona, ​​Spain for 17 years.

As the group of bikers were driving, they found a helpless little dog tied by the neck to a tree. It seems that the author of the act intended to let him die.