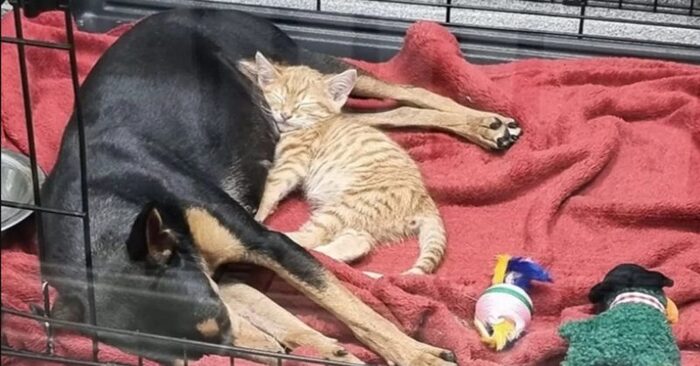 The cat escaped to join a sick and frightened dog in order to bring her comfort.

This interspecies friendship proves how capable animals are of altruism. A kitten in solitary confinement at a veterinarian has slipped out of its cage. The caretakers were even more surprised when they learned that he did this to join the sick and frightened dog in order to bring her comfort.

Ginger Biscuit, a toddler in a red coat, and dog Anne had a difficult past and ended up in isolation at the Greenside Animal Hospital in Johannesburg, South Africa. 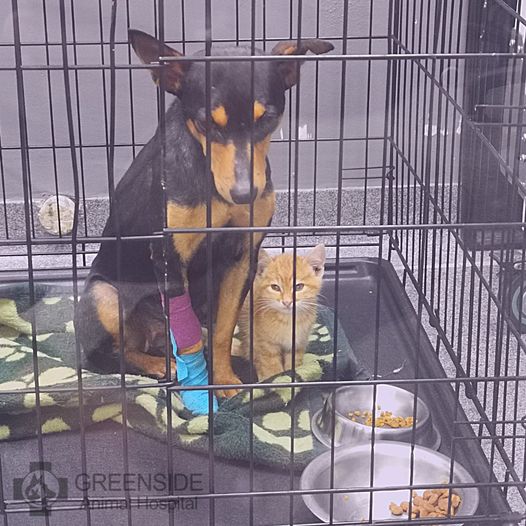 Ginger Biscuit survived a storm drain after a thunderstorm a few days ago. The poor animal, barely 10 weeks old, got wet and cold. Therefore, the veterinarians kept him away from other patients so as not to put him at risk of infection.

Meanwhile, Anne is taken to the clinic after being found hiding in the bushes. The weak, frightened and parasitized dog was also taken to the isolation ward.

Ginger Biscuit and Anne’s cages were at one end of the room. One morning, Dr. Joubert Villejoin and Suzette Grube, owners of the Greenside Animal Hospital, came to take care of the two animals. 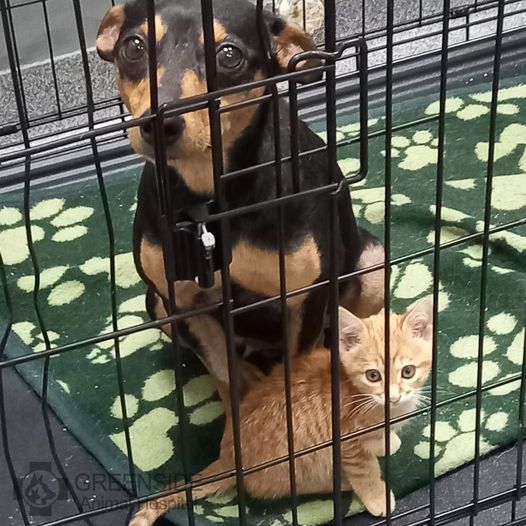 They were surprised to see that the cage with the kitten was empty. “We underestimated the kitten’s ability to squeeze through the door of the cage it was placed in”, the veterinarians told The Dodo.

When they turned around, they found the gingerbread man wrapped around Anne in her cage. 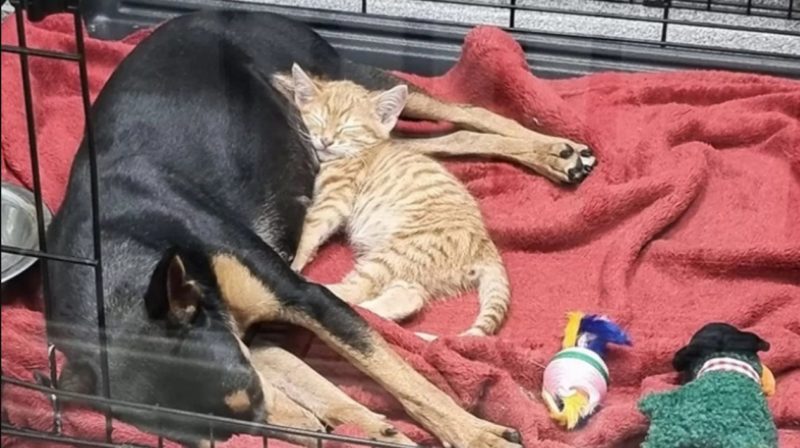 “We put the kitten back in the box because it had its litter box, food and water, but she got out right away and went back to her friend’s house,” she explained.