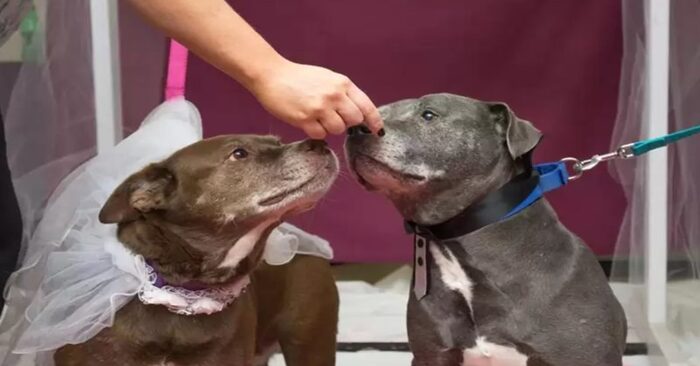 Here are Jack and Diane, two dogs who have been there all and survived.

These dogs were found abandoned in a cemetery in Maine and taken to the Kennebec Valley Animal Shelter.

The elderly dogs were in the shelter for six months, and there was little hope that they would be adopted. 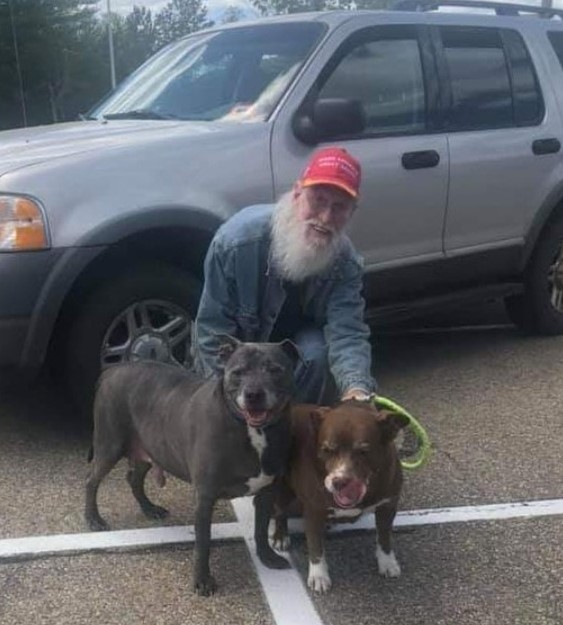 Jack, 10, and Diane, who was seven at the time, were a loving couple who wanted nothing more than to start their own family.

To keep them together, the rescue team devised a plan. They had an official marriage ceremony. 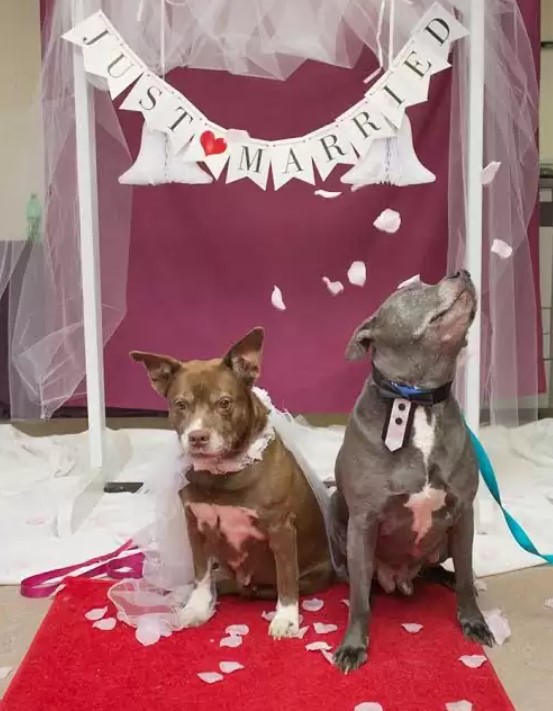 So one morning the staff decorated the orphanage with wedding decorations, white flowers.

They even went so far as to lay down a long carpet, and soon visitors began to arrive.

Diane had her own dressing room and wore a veil with a floral collar,” Roy explained. 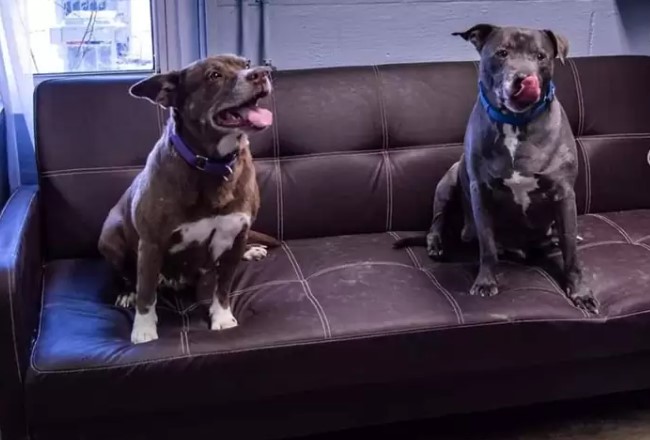 Roy waited at the altar for the puppies and spoke briefly about the happy couple.

“Instead of saying yes, all the dogs gave me casual, casual kisses,” Roy explained.