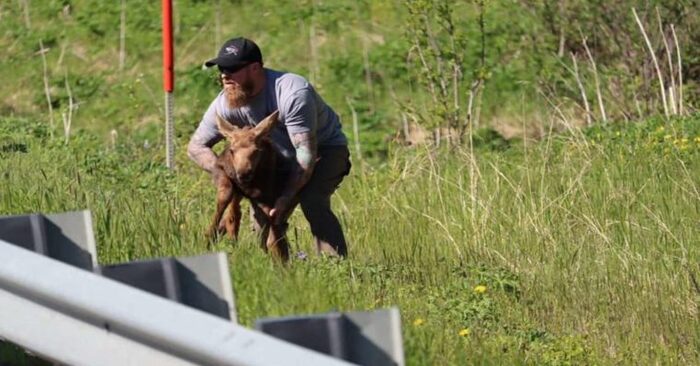 The weary calf was fighting to get over the guardrail then the man helped him.

Andrea Bock was driving down Clam Gulch, Alaska on Sunday morning when traffic came to a halt.

The tired calf struggled to climb over the fence as the mother and her calf tried to cross the highway.

The moose freaked out after being separated from her baby and traffic on the busy route grew. 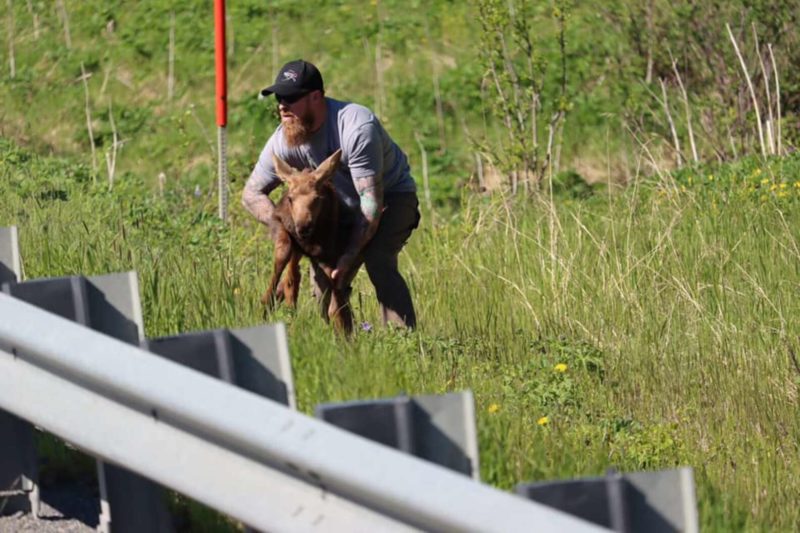 For almost 20 minutes, Bock sat in his car and watched the calf try to find the edge of the fence.

Joe Tate, who was returning home from fishing with his friends, was also locked in his car. He, too, watched the development of the situation and decided to intervene to reunite the family. 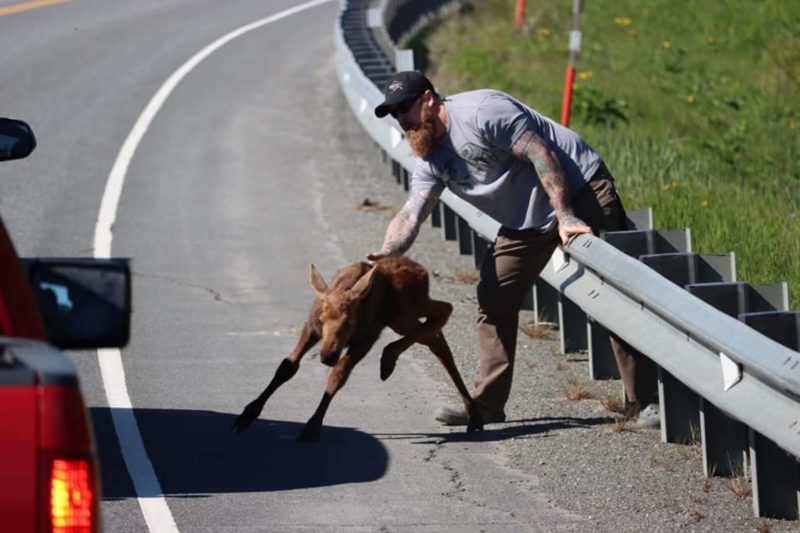 He waited until his mother was on the other side of the road just in time. When he immediately grabbed the calf and threw it over the barrier with its mother, the movement blocked his view.

A disturbed moose, especially with babies, can be deadly to humans.

While interfering with wildlife was never a good idea, this situation called for immediate intervention.