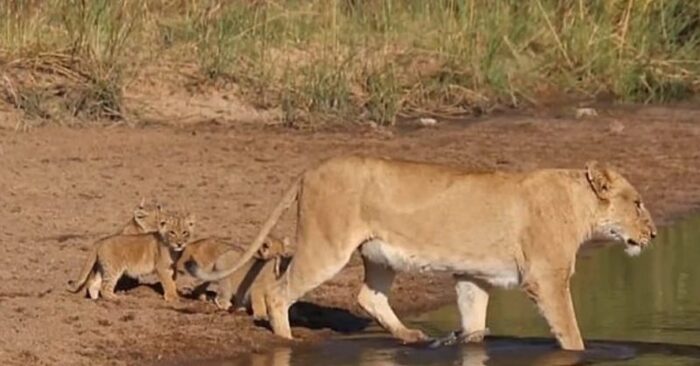 The cubs had no choice but to follow their mother as she crossed the water.

Cameron Ings, a park ranger, captured the scene on camera. The man noticed that a large family had gone out during the day, but things got a little more interesting when they ended up on a small river.

The cubs had no choice but to go to their mother as she crossed the water. However, they didn’t seem so sure. However, one of the little ones, the bravest of the group, picks up his courage and goes forward. Despite the fact that the water seems too deep for a cute animal, he dives into it.

The second and third brothers followed suit and jumped into the water without hesitation. They simply tried to imitate the actions of their bolder brother and in a few seconds were on the other side of the water with their mother. 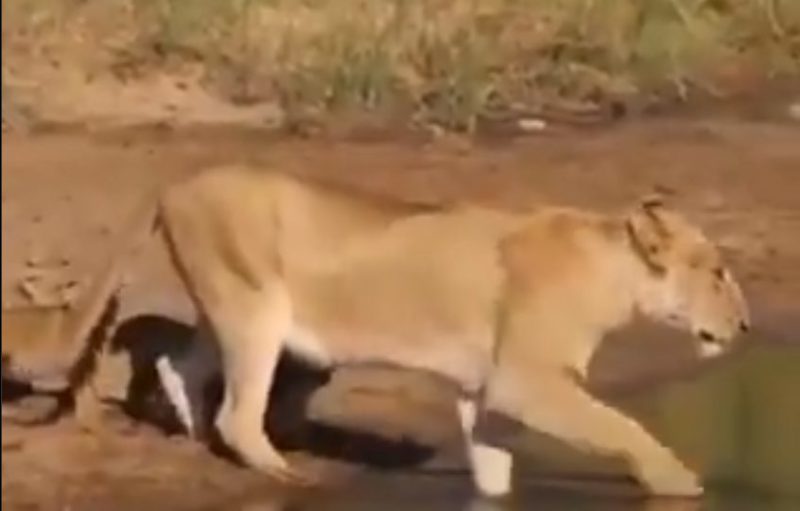 The fourth kid seems to be more worried than his siblings, but eventually realizes that staying with his family is the only way out (well, I have no doubt his mother will come back for him if necessary). Luckily, the four little lions learned their lesson.

When it comes to crossing water, lions, unlike other big wild cats, are very indecisive. They enter the water only when absolutely necessary. Otherwise, they prefer to stay on land.