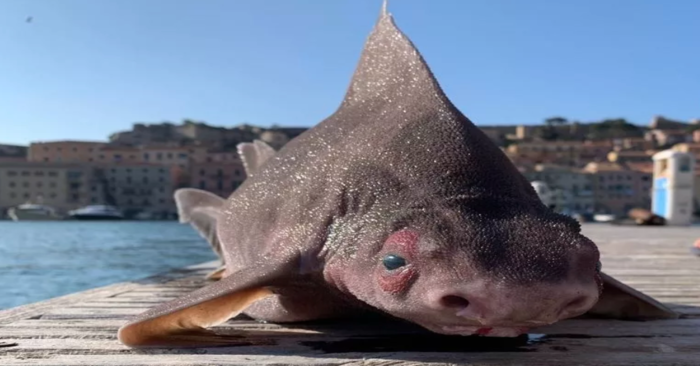 Italian sailors pull out the nets and drag the shark onto the deck.

A minute later, most of the team members demanded to release the creature back into the water: the shark’s head was like that of another animal. 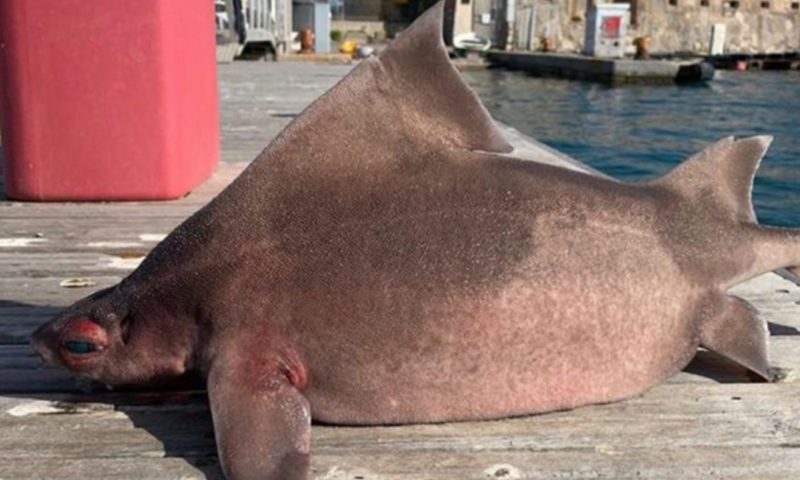 The fishermen managed to catch a strange creature near the small island of Elba. The shark was caught almost at the pier, which also surprised the sailors – usually predators stay further from the shore. Outwardly, the creature resembled a disproportionately large shark. 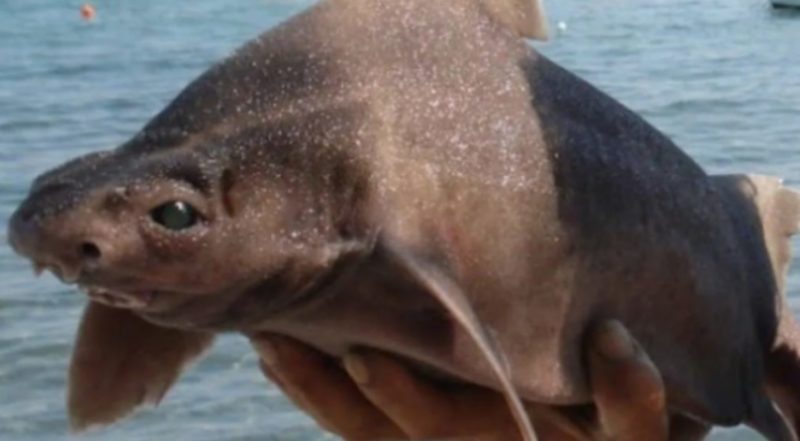 Its face resembled a pig’s head, forcing anglers to release their prey. Many thought they were dealing with a strange mutant. The sailors managed to take some photos and show them to the staff of the local aquarium. He quickly understood the situation. It turned out that the fishermen caught not a mutant, but an extremely rare fish. 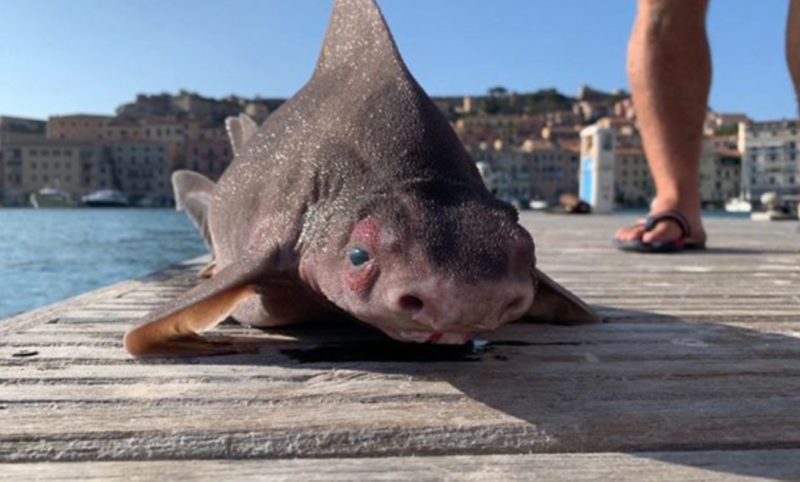 “This is Oxynotus centrina. It is not known how he got into shallow water, centrins remain for life at a depth of 700 to 800 meters”, said Mario Bertolucci, an employee of the aquarium. Ordinary centrins are listed in the Red Book. The fishermen were lucky enough to release their prey into the ocean.